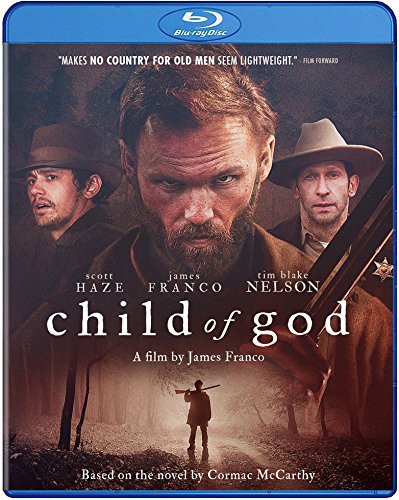 Directed by acclaimed filmmaker James Franco, and based on the chilling novel by Cormac McCarthy, CHILD OF GOD, tells the provocative story of Lester Ballad (Scott Haze), a dispossessed, violent man, attempting to exist outside the social order. Consecutively deprived of parents and housing and driven by famished loneliness, Ballard descends literally and figuratively to the level of a cave dweller as he falls deeper into crime and degradation. Set in a small town in the foothills of the Appalachian Mountains in Tennessee in the 1960s, CHILD OF GOD is structured in three segments with each segment describing Ballad's ever-growing isolation of from society and social mores. Child of God also stars Jim Parrack (True Blood), Tim Blake Nelson and features an appearance by James Franco. Co-Written by Franco and Vince Joliette, Child of God is produced by Caroline Aragon, Vince Jolivette, and Miles Levy.