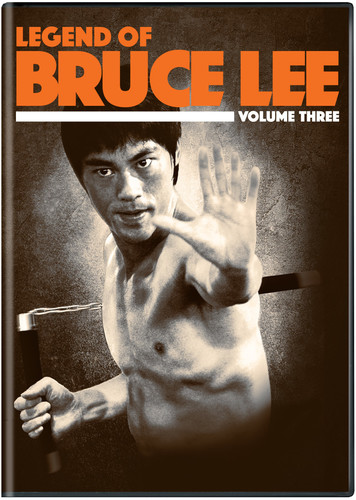 Legend of Bruce Lee: Volume 3 - After winning a high-profile martial arts championship, Bruce Lee (Danny Chan, IP MAN 3, KUNG FU HUSTLE) catches the eye of a Hollywood producer, George (Hazen MacIntyre), who sees great potential in the skilled young master and wants to make him a movie star. Eager to break onto the American film scene, exhibit his new kung fu style, Jeet Kune Do, and change the negative portrayal of the Chinese in mainstream media, Bruce throws himself wholeheartedly into a potentially lucrative art. But discrimination in the industry runs deep, and Bruce must fight for his dreams of becoming the first Chinese martial arts film star to achieve worldwide fame. Danny Chan returns in the final 10 episodes chronicling the life of the incomparable Bruce Lee, whose legacy will continue to impact and inspire generations to come.