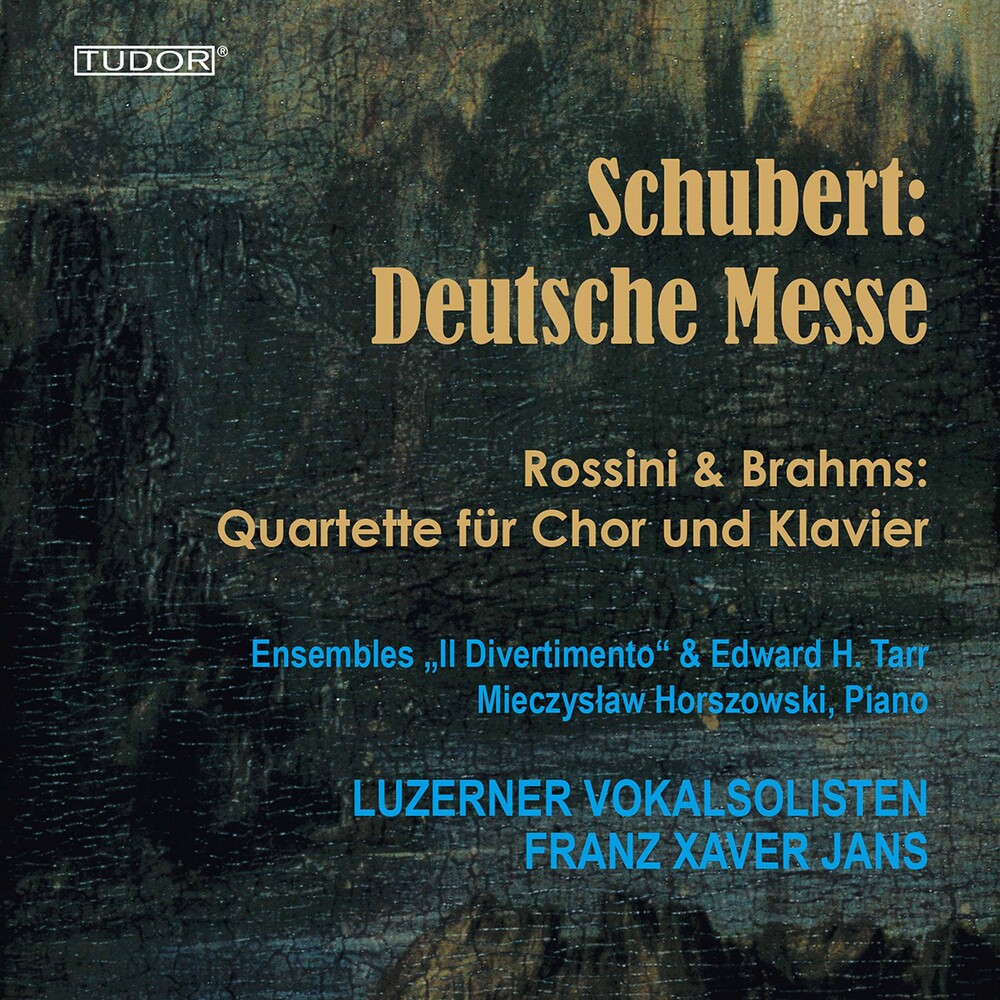 Franz Schubert's most known Mass was written in 1827, his penultimate year, at the same time as "Die Winterreise". As so often with songs that transcend their texts, here too he succeeded in creating a liturgical choral Mass that is a complete work of art despite it's often inadequate texts. Each of these hymns has it's distinctive lyrical tone: uplifting praise in the Gloria, fervor and devotion in the Offertorium and concluding parts. This "Viennese Mass" also expresses Schubert's movingly prescient resignation and melancholy. The works by Rossini and Brahms take us to other realms. During the remaining almost four decades of his life Rossini wrote no more operas. We find cheerful detachment and joie de vivre in "I Gondolieri" and "La Passegiata", magical vocal quartets with virtuosic piano accompaniment - these are far from being occasional works. As we move to Brahms the mood changes: after Vienna and Italy, he evokes the romance of the North, the secret attraction of a moonlit night, autumn mists and a nostalgia for blessed days. These quartets fuse piano part and voices into a wonderfully poetic whole.