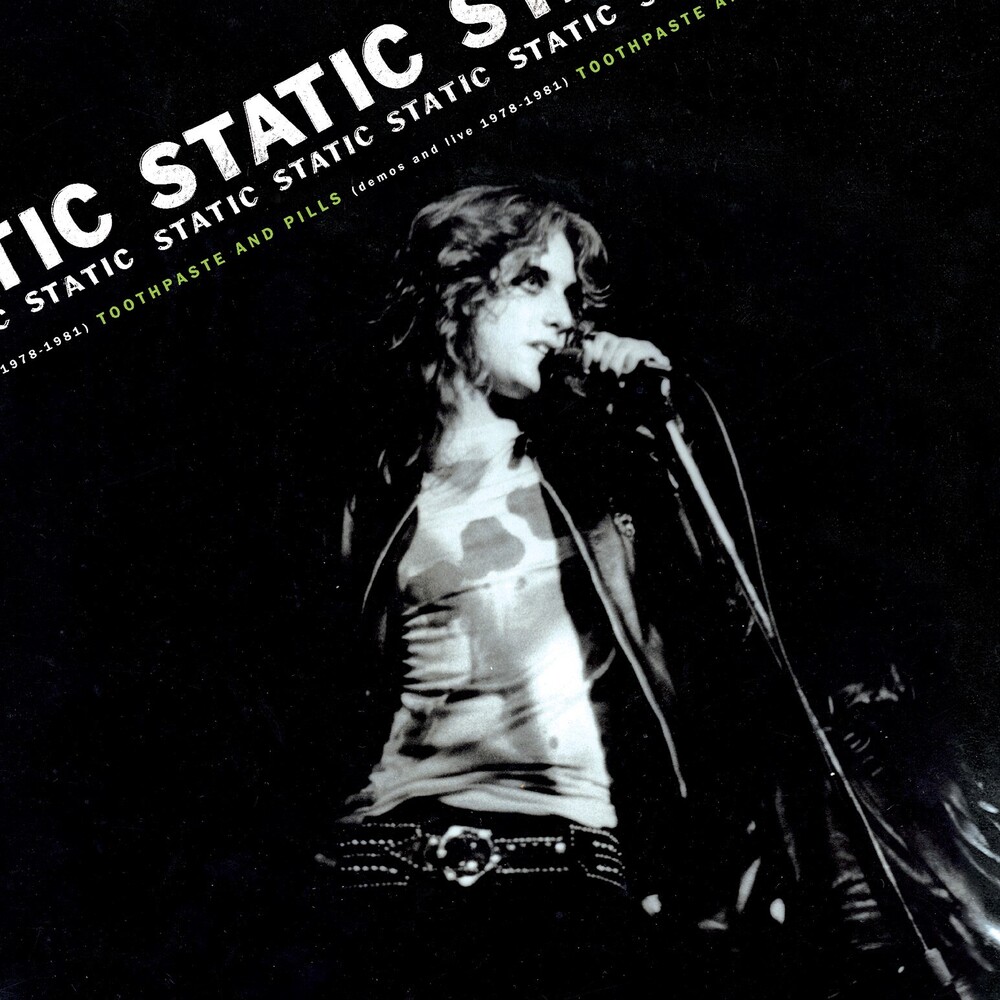 Long before John Brannon of Negative Approach cemented himself as a USHC icon, you would hear rumblings about his pre-NA glam group, Static. Only a handful of people were lucky/brave enough to see them live. Scenesters spoke of a tape but never seemed to have one. Their most well-remembered song, Toothpaste and Pills, allegedly featured smashing beer bottles against John's mom's basement wall as a percussion instrument. Could this be real? Fast forward to 2020 and a few months into the covid-19 lockdown, Brannon came across a bunch of tapes he dug out of a box in his Mom's closet - Static 'DEMOS '78', Static 'LIVE AT GROSSE POINTE SOUTH H.S.', Static 'LIVE AT PLEWA HALL'. Holy shit! The legend is true! And best of all, Static rule! John Brannon grew up in Grosse Pointe Park just a few blocks from the Detroit border. John was always into music, but as soon as he heard T-Rex, The Stooges and Alice Cooper, he was obsessed (and still is) and had to start a band to channel his obsessions. With the help of neighborhood kid and collaborator Billy Daniels and a local drummer simply known as 'Red', Static was born. Before Negative Approach changed the face of punk and hardcore, before Laughing Hyenas scared the world silly and blew everyone else off the stage and before Easy Action started melting minds all over the world, there was Static. Static was real. Static was real as shit. Third Man Records is beyond ecstatic to be providing this long-missing piece of the American Underground Music puzzle. We worked closely with John Brannon and Warren Defever, one of Third Man Mastering's resident wizards, to put together this essential collection of demos and live recordings.