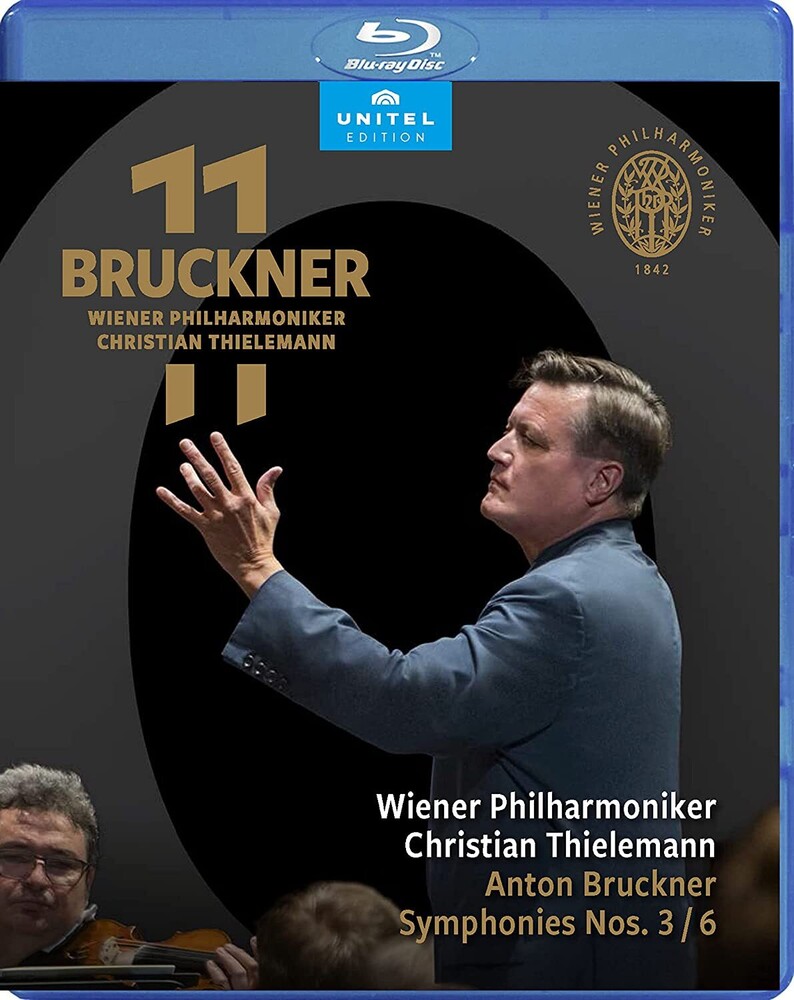 On the occasion of the Bruckner bicentenary, the Wiener Philharmoniker recorded it's first ever complete Bruckner cycle under the baton of Christian Thielemann. In addition to the well-known canon of nine symphonies, the two earliest Bruckner symphonies in F minor and D minor, which are a world premiere on DVD and Blu-ray, were also recorded for the first time in the orchestra's history. This uniquely complete edition from the Musikverein and Salzburg Festival, featuring 11symphonies, also includes extensive conversations with Christian Thielemann about each symphony and insights into his rehearsal work. "Thielemann has found a symbiosis with the Vienna Orchestra that makes unrivalled interpretative statements possible, especially for this repertoire". (Die Presse on Bruckner 3) "This work has not often been heard like this: setting the highest standards, as part of the excellent Bruckner cycle that the Vienna Philharmonic recorded with Thielemann without competition". (News on Bruckner 6)