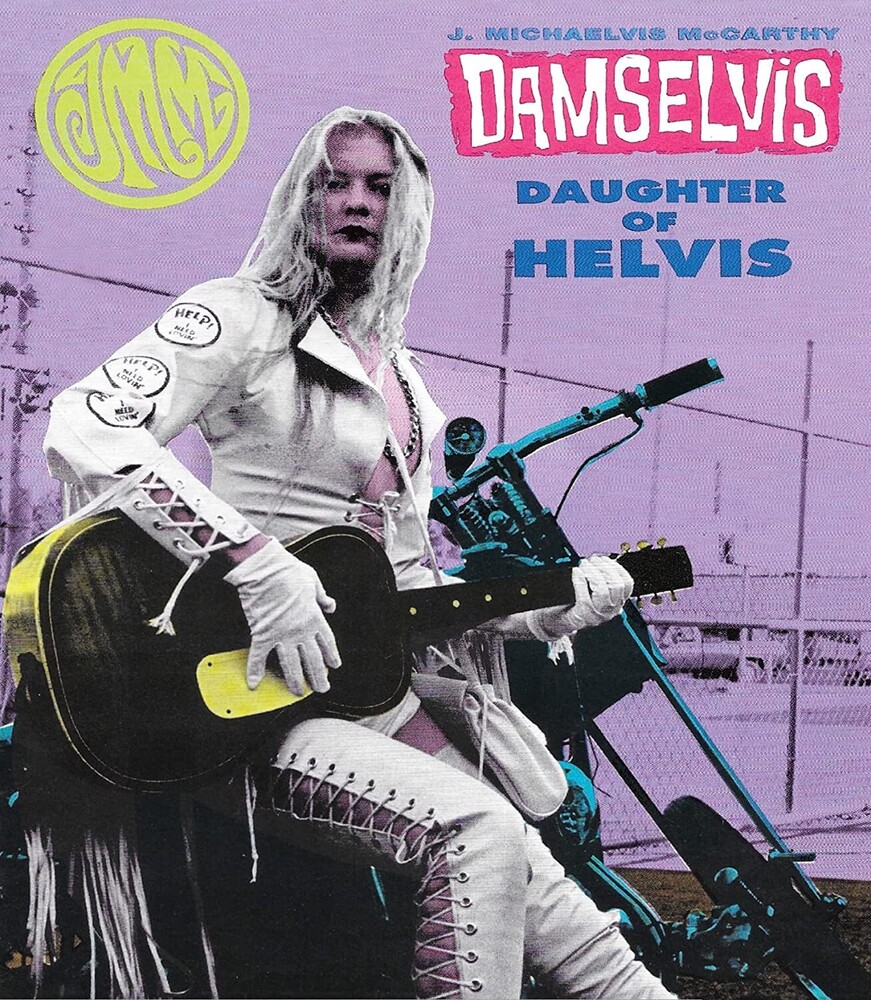 While delivering an apocalyptic message to his sect, the unearthly Black Jesus orders his leather-clad, biker converts to destroy the pagan mistress Damselvis before she can raise her father, the fabled rock and roll deity Helvis, from the dead. When a sheltered, country schoolgirl named Isla M. (Sherry Lynn Garris) is nearly butchered by Black Jesus' murderous disciple Candy (Ghetty Chasun), she is miraculously reborn as the fringe-adorned, Harley riding Damselvis; who promptly embarks on a pilgrimage to Memphis, spreading the gospel along the way by disseminating Helvis records to a burgeoning and ardent congregation of fans. Once Helvis is resurrected from his pyramid tomb, he must confront the monstrous Woofman in a final battle to the death to determine the religious rites for the new millennia! The SOV feature film debut from the visionary, Memphis based, punkabilly provocateur John Michael McCarthy (Teenage Tupelo, Sore Losers), Damselvis, Daughter of Helvis heralded the arrival of a singular and eccentric new voice in the lawless landscape of '90s underground film. Featuring performances by Sherry Lynn Garris (Gore Whore) & '90s scream queen Ghetty Chasun (Red Lips), special FX makeup by Robert Gann (Basket Case 2), and videography by SOV legend Hugh Gallagher (Gorotica), Damselvis is a subversive, southern fried eruption of religious satire, uninhibited nudity, punk rock attitude, and 20th century pop culture iconography. Saturn's Core is proud to present this in it's first ever director approved, disc debut marking it's return to physical media for the first time since it's initial, scarce VHS release in 1994.