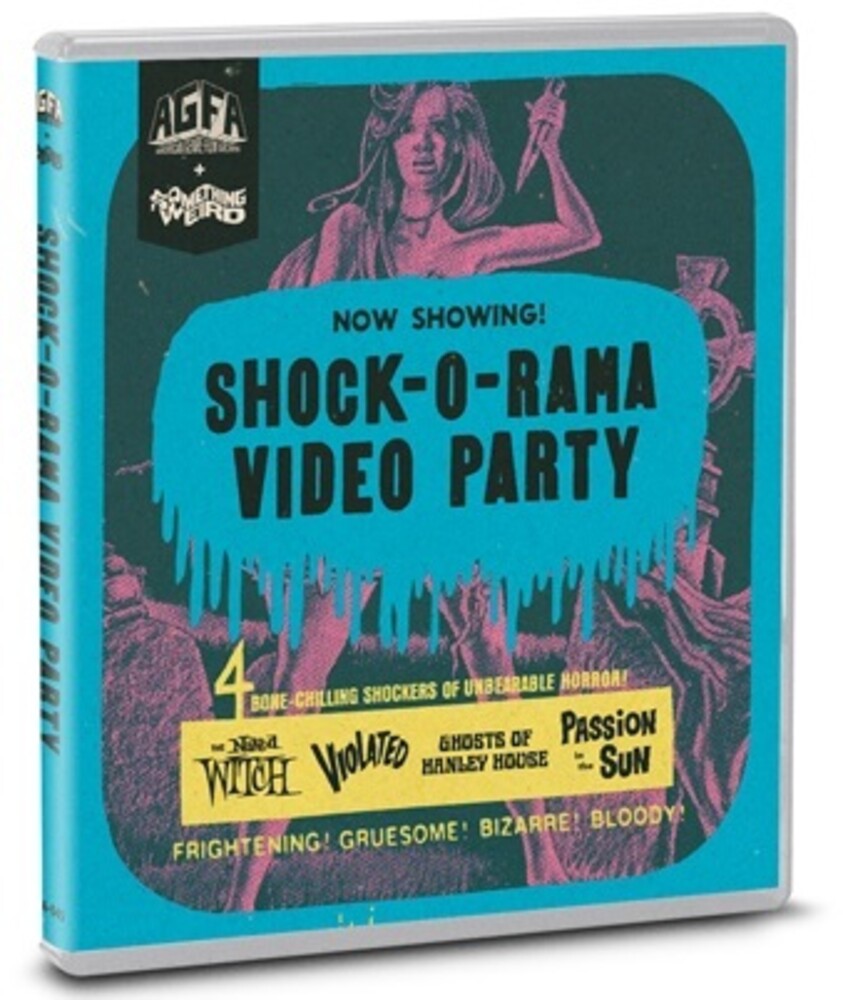 In the 1990s, Something Weird Video hypnotized a generation of movie maniacs by unearthing the most radically surreal genre films of all time-all via the magic of VHS. SHOCK-O-RAMA VIDEO PARTY is a hallucinogenic tribute to those cathode-tube-fueled days. Featuring four regional horror-blasts-preserved from the original Something Weird S-VHS masters, as the film elements have been lost-this collection serves as a time machine to a beloved era in home video history.

One-part documentary and all-parts unreal, this Texas-made exploration of witchcraft from Larry Buchanan (ZONTAR, THE THING FROM VENUS) is a dreamy travelogue to parts unknown.

A pre-cursor to PSYCHO, this DIY horror-noir was filmed in the gutters of NYC and written by exploitation producer William Mishkin.

Also known as THE GIRL AND THE GEEK, this carnival-set rampager from Texas wildman Dale Berry (HOT BLOODED WOMAN) is outsider trash-art of the highest order.