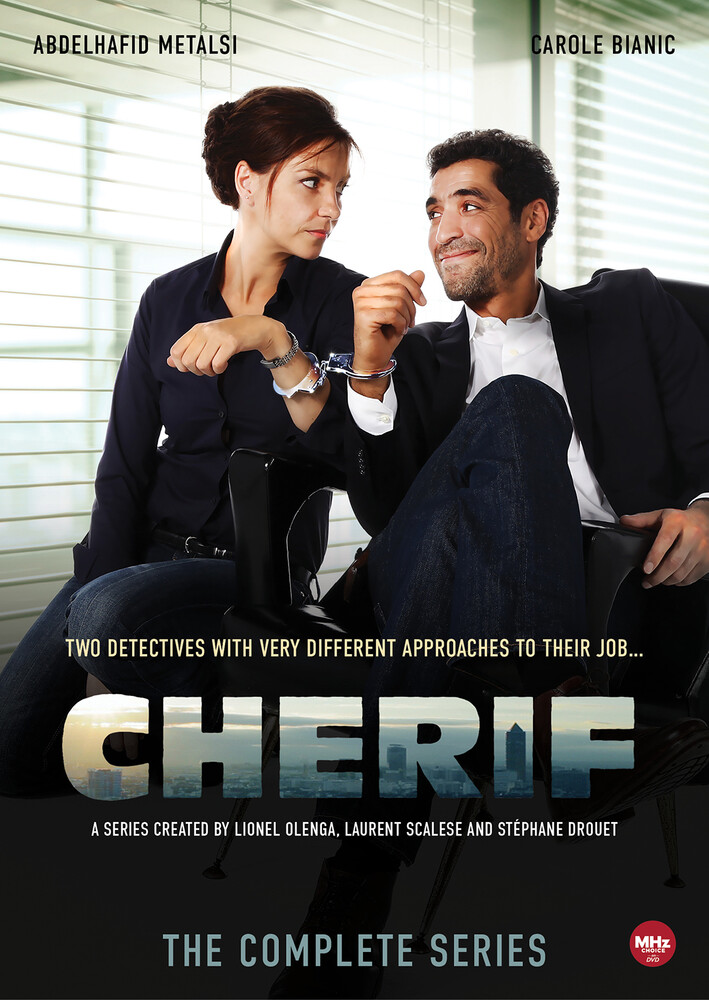 Join the party that is Cherif because homicide detective Kader Cherif (Abdelhafid Metalsi, Spiral and Spin) from Lyon, France puts the fun in dysfunctional! He's an overgrown kid doing an adult job: he gets investigative inspiration from vintage TV cop shows, receives advice and baked goods from his mother constantly and interviews suspects over tea in his apartment across from the police station. His methods are eccentric, but they work; the results win the admiration and loyalty of colleagues and supervisors. His flair for investigating leads him to sniff out the cracks in a case and his relaxed manner gets the criminals to let down their guard. He may be smooth with suspects and perps but he loves his friends and family authentically. He has primary custody of a teenaged daughter, Sarah and in that capacity excels as an engaged father. Sarah's mother, his ex Deborah (Élodie Hesme, Detectives and Murder in Blois) is also one of his biggest fans - what kind of relational feat is that? She's also the district attorney, so they see each other plenty! There's no underdog or marginalized person Cherif doesn't feel for and it's only because of street smarts that his empathy doesn't lead him into more trouble. His heart does lead him into a major passion with his partner, Captain Adeline Briard (Carole Bianic, Perfect Murders and Murder in Corrèze) but throughout the ups and downs he manages to dust himself off and stay open to life's next adventure. It may not be easy being Captain Kader Cherif but it's a blast to watch!