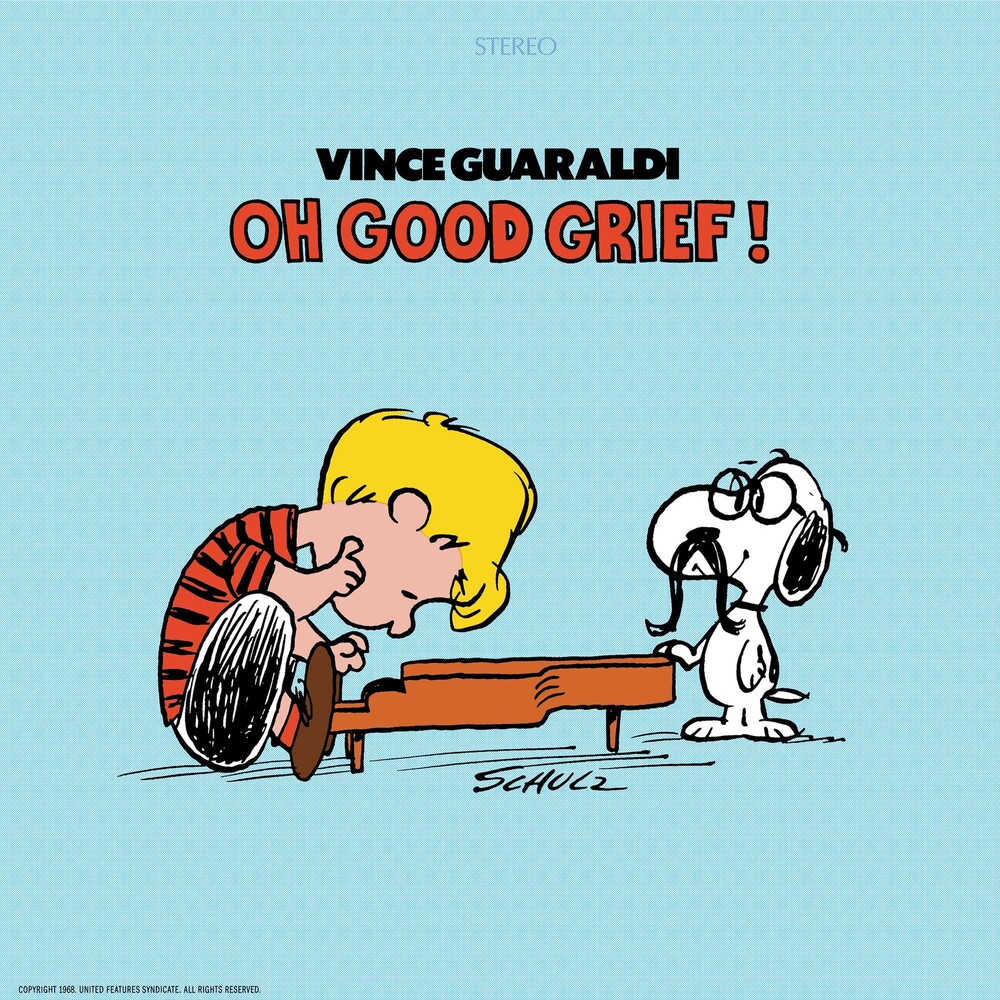 Many people got to know Vince Guaraldi through his 1963 Grammy®-winning song, “Cast Your Fate To The Wind,” or via the group Sounds Orchestral’s Top-10 cover of it two years later. Lee Mendelson heard Guaraldi’s version when working on a Peanuts documentary, and contacted Guaraldi, asking him to score the upcoming Peanuts Christmas special. It was a match made in television and musical history. With songs like “Linus And Lucy,” the special was a hit and for over five decades not a holiday season goes by without an airing of the television classic. So potent and successful was the Peanuts/Guaraldi combination that Guaraldi went on to score a total of 15 Peanuts television specials and the first feature film. In 1968, Vince made a label switch from his long-time home, Fantasy Records, to his new label, Warner Bros. Records. For his inaugural album, he decided to re-interpret his Peanuts classics on Oh, Good Grief! In addition to the instantly recognizable Guaraldi sound of piano, bass, and drums, this time he added electric guitar and electric harpsichord to the mix. The record was a smash hit. Now, for its 50th anniversary, Omnivore Recordings is proud to present the album the way the world first heard it—as stated on the original album’s back cover, “on shiny black vinyl.” Well, actually, this special pressing is “on shiny red vinyl!” Mastered by Kevin Gray and pressed at RTI, this timeless album has never sounded better. Join Charlie Brown and his friends on this classic release, once again on vinyl—Oh, Good Greif!