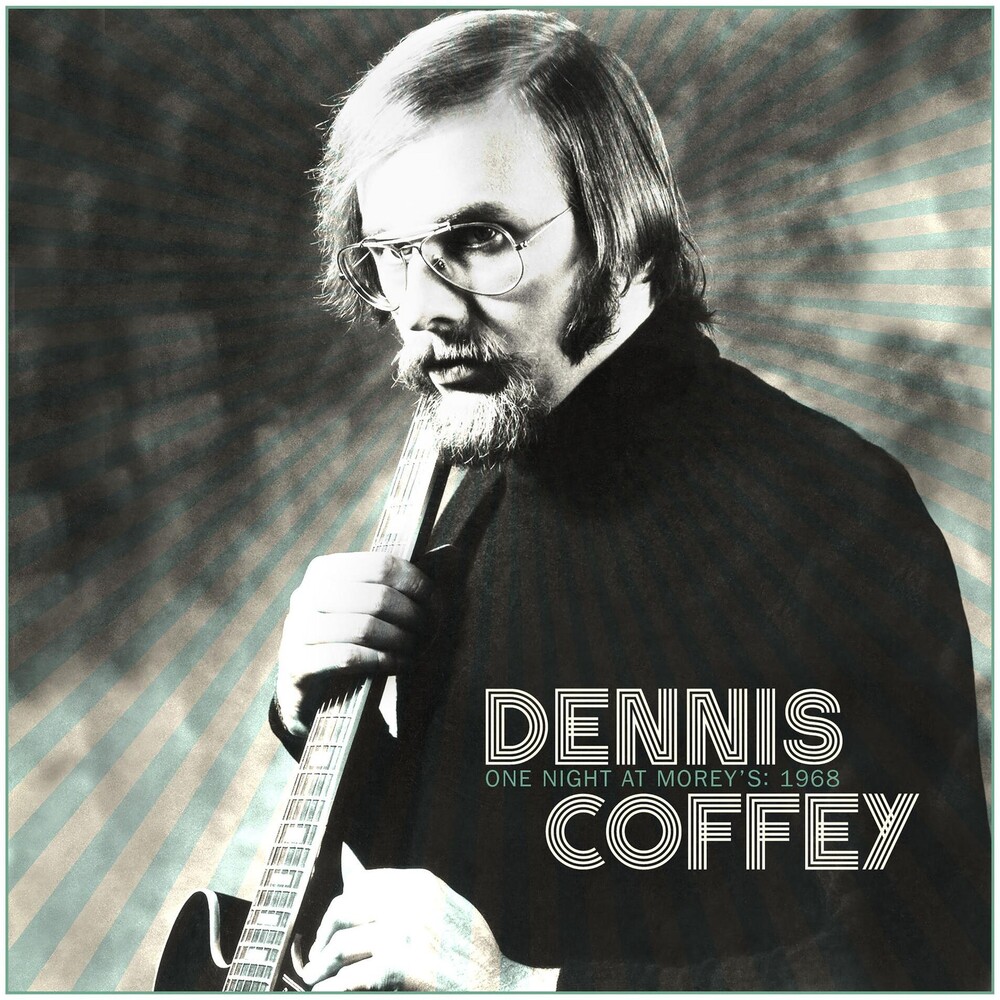 • Previously unissued live set from Detroit in 1968. • Includes covers of songs by The Meters, The Beatles, and Charlie Parker. • Liner Notes include a new interview with Dennis Coffey. From his early work with ’50s/’60s hit makers The Royaltones (who also backed other artists like Del Shannon)—to his run through the Motor City’s independent labels as a session ace—to his pioneering and legendary work with The Funk Brothers, backing band to massive Motown hits like “Just My Imagination,” “Ball Of Confusion (That’s What The World Is Today),” “War,” “Cloud Nine,” “Someday We’ll Be Together” and “Band Of Gold” among many others—Dennis Coffey is a guitar legend. The ’70s didn’t slow him down for one second as he struck out on his own and had a million selling hit with “Scorpio,” in 1971. He continued his studio session work (notably appearing on “Boogie Fever” by The Sylvers), scored films and produced other artists’ albums like Gallery’s Nice To Be With You and Rodriguez’ Cold Fact. The 2000s have found Dennis appearing on the big screen including the 2002 film Standing In The Shadows Of Motown and the 2012’s Searching For Sugarman. And to this very day you can find him playing every Tuesday night in Detroit. One Night At Morey’s: 1968 is drawn from the residency at Morey Baker’s Showplace Lounge in Detroit by the Lyman Woodard Trio. The trio consisted of Coffey on guitar, brilliant organist, Lyman Woodard, and drummer Melvin Davis, and could be found at Morey’s once a week. They played to a dedicated, often repeat, audience so the band kept the repertoire fresh and changing. One Night At Morey’s: 1968 follows last year’s Hot Coffey In The D: Burnin’ At Morey Baker’s Showplace Lounge released by Resonance Records, also drawn from the Morey’s residency, but with an entirely different track list. All tracks on One Night At Morey’s: 1968 are previously unissued and come directly from the vaults of Dennis Coffey and producer partner, Mike Theodore. Tracks include original compositions, “Big City Lights,” “Mindbender,” and “Union Station,” as well as surprising and funky covers of “Billie’s Bounce” by Charlie Parker, “Burning Spear” by The Soul Strings, “Cissy Strut” by The Meters, “Eleanor Rigby” by The Beatles, “Groovin’” by The YoungRascals, and “I’m A Midnight Mover” by Wilson Pickett from the pen of both Pickett and Bobby Womack.