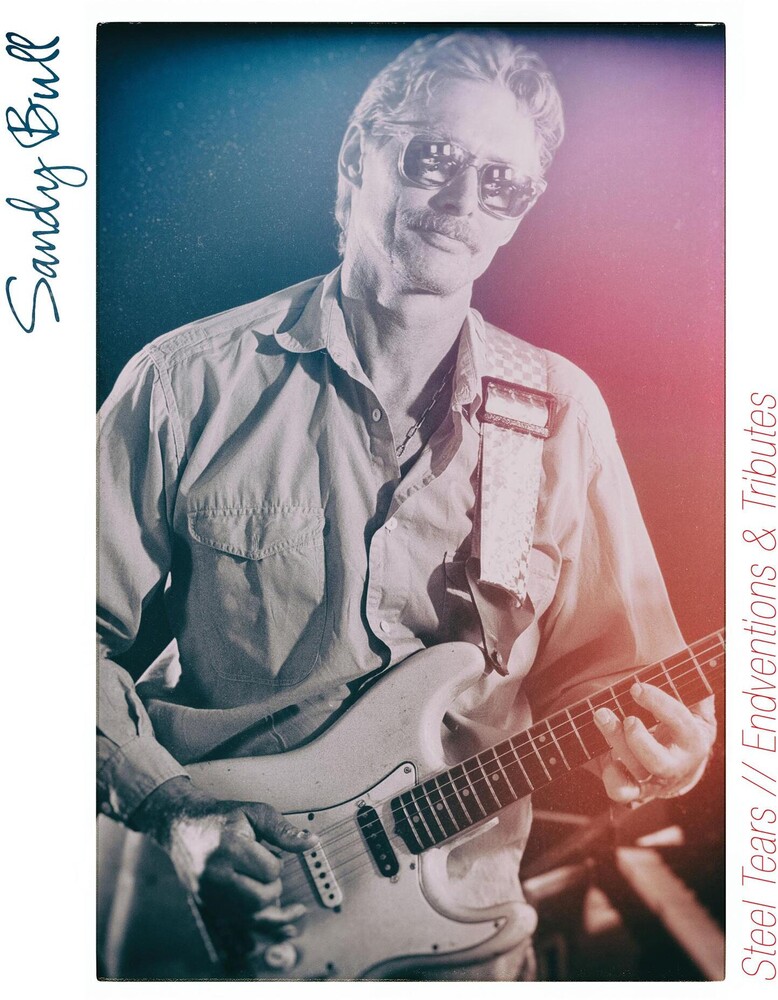 A musical alchemist, introvert, gearhead, former junky, itinerant wanderer and erstwhile musicologist, his adventurous investigations of stringed instruments, whether guitar, banjo, the Hindustani sarod or the Turkish oud, predated celebrated savants like John Fahey and Leo Kottke. But Bull’s music got lost in the haze of his brief career, which began with the seminal Fantasia in 1964 and seemingly ended with an ode to self-destruction, Demolition Derby, in 1972. It would be 16 years before he would make another record, by which time Sandy Bull was largely forgotten. In many ways Steel Tears, first released in 1996 on his own label, stands as the musical testimony of a man trying to make sense of his own history. These eleven songs form a kind of playlist as memoir, drawn from hard-won memories and a lifelong love of music, all of it shot through with sincerity and friendship. —Joe Hagan From the liner notes to Steel Tears: This, the first-ever reissue of Steel Tears, features the newly remastered album alongside Endventions, four previously unissued tracks recorded by Bull before he passed away in 2001. Wrapping up the disc is three tribute tracks recorded in Nashville by a band comprised of some pretty well known Sandy Bull fans. The tribute band includes Jeff Hanna (Nitty Gritty Dirt Band), Matraca Berg, Mickey Raphael (Willie Nelson), Kevin Welch, Glenn Word (Mark Knopfler) and Harry Stinson (Marty Stuart). “Love Is Forever” features Sandy’s vocals with Matraca Berg singing back up and Mickey Raphael adding harmonica. Jeff Hanna from The Nitty Gritty Dirt Band takes lead on “I May Never Pass Out” and the ensemble wraps up the tribute tracks with a run through the instrumental “Jesse James Jam.” A unique reissue, featuring and honoring the work of a completely unique, innovative artist, Steel Tears finally gets the wide releases it has so richly deserved for so long!