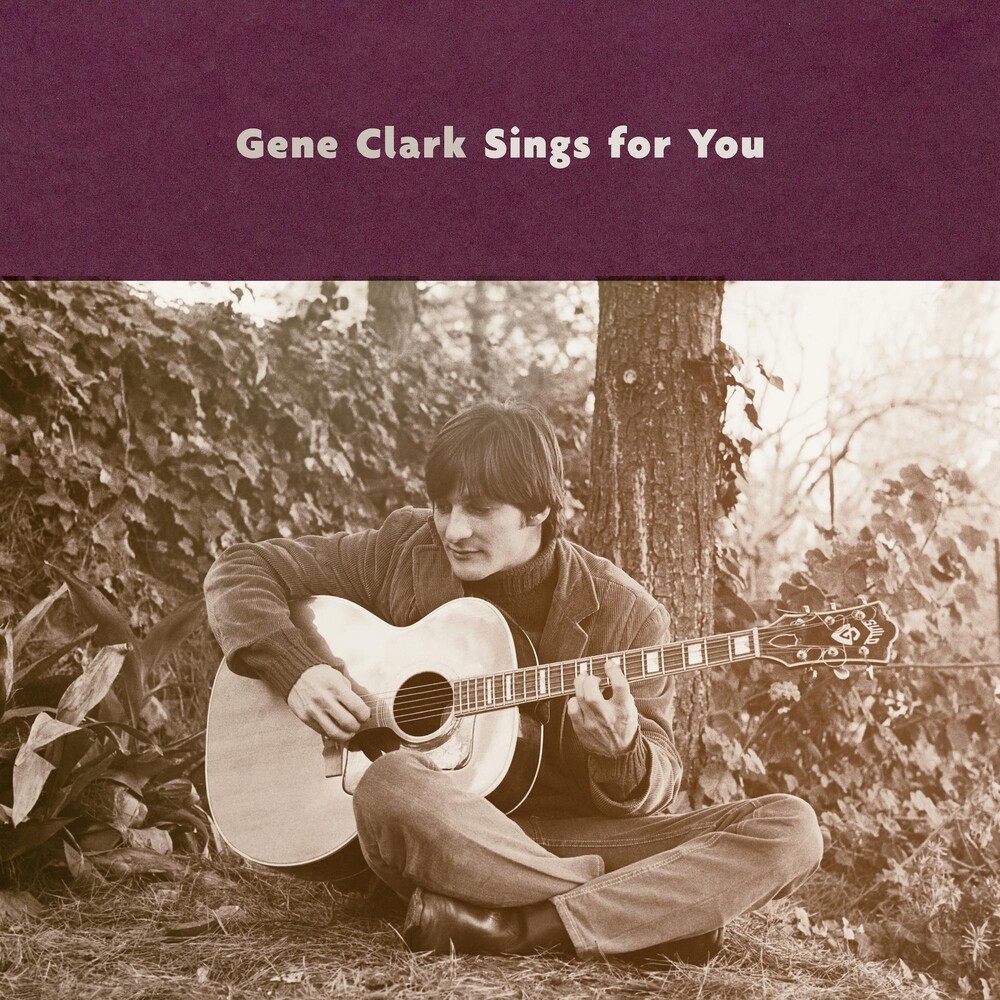 For longtime Gene Clark fans and aficionados, the tracks on this remarkable archival release are the stuff of legend. Since word first spread in the 1980s about the discovery of these 1967 recordings on a rare acetate in Liberty Records’ vaults, fans have come to regard Gene Clark Sings For You as nothing less than the Holy Grail of the singer-songwriter’s extraordinary body of work. Shrouded in mystery and the subject of much speculation and conjecture, few have ever had the opportunity to hear these forgotten gems from one of Gene Clark’s most prolifically creative periods. Until now. —from the liner notes by John Einarson, author of Mr. Tambourine Man: The Life And Legacy of The Byrds’ Gene Clark Finally available, the legendary Gene Clark Sings For You acetate appears on CD, 2-LP, and Digital June 15, 2018. In addition to the Sings For You 8 songs, this new release also features an additional five demos from a second acetate lent courtesy of The Rose Garden’s John Noreen, as well as one further demo of the song “Till Today.” The Rose Garden acetate and the “Till Today” demo were submitted to the band, The Rose Garden, with whom Clark had grown close, for consideration for their debut Atco album (also being reissued in expanded form at the same time as Sings For You). Produced for release by Grammy®-winning producer, Cheryl Pawelski with restoration from Grammy-winning engineer, Michael Graves, this historic release features previously unseen photos and an essay by Gene Clark biographer, John Einarson.