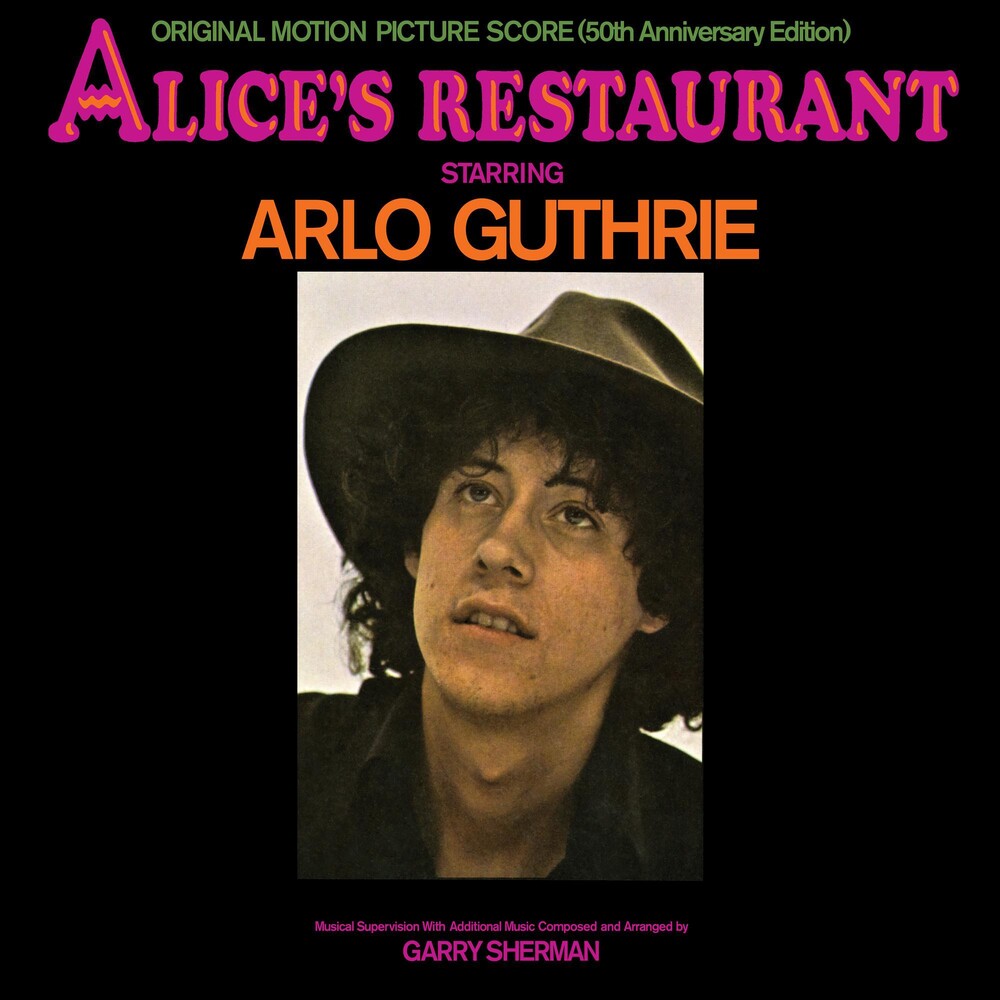 50th Anniversary Edition of the 1969 classic. • Contains every track from both the 1969 & 1998 editions, plus a previously unissued performance. • 12 tracks making their vinyl debut. • Liner notes by Lee Zimmerman include a new interview with Arlo Guthrie. Arlo Guthrie’s Alice’s Restaurant became a counter-culture touchstone when it was released in 1967. Two years later, director Arthur Penn followed up his 1967 classic film, Bonnie And Clyde, by bringing Alice to the big screen, starring none other than Arlo himself. Penn received an Oscar® nomination for his direction. The soundtrack from the film featured a new recording of “Alice’s Restaurant Massacree,” as well other songs and music cues from the movie. That soundtrack was expanded on CD in 1998 with even more material. For the 50th anniversary of the movie, Alice’s Restaurant: Original MGM Motion Picture Soundtrack (50th Anniversary Edition) returns on both a further CD and 2-LP set. This new version contains all of the material from the 1969 and 1998 editions (while retaining the 1969 sequence), but also adds a previously unissued, live, 24-minute version of “Alice’s Restaurant: Multi-Color Rainbow Roach Affair” from 1968. That’s 12 tracks making their vinyl debut! Packaging contains photos, images from the film, and liner notes by writer, Lee Zimmerman (author of Americana Music: Voices, Visionaries & Pioneers Of An Honest Sound), and features a new interview with Arlo. While Arlo is perpetually on tour, one can be sure he’ll play some of the favorites from this release as he celebrates the 50th anniversary of the film and album. You can get everything you want on Alice’s Restaurant: Original MGM Motion Picture Soundtrack (50th Anniversary Edition).