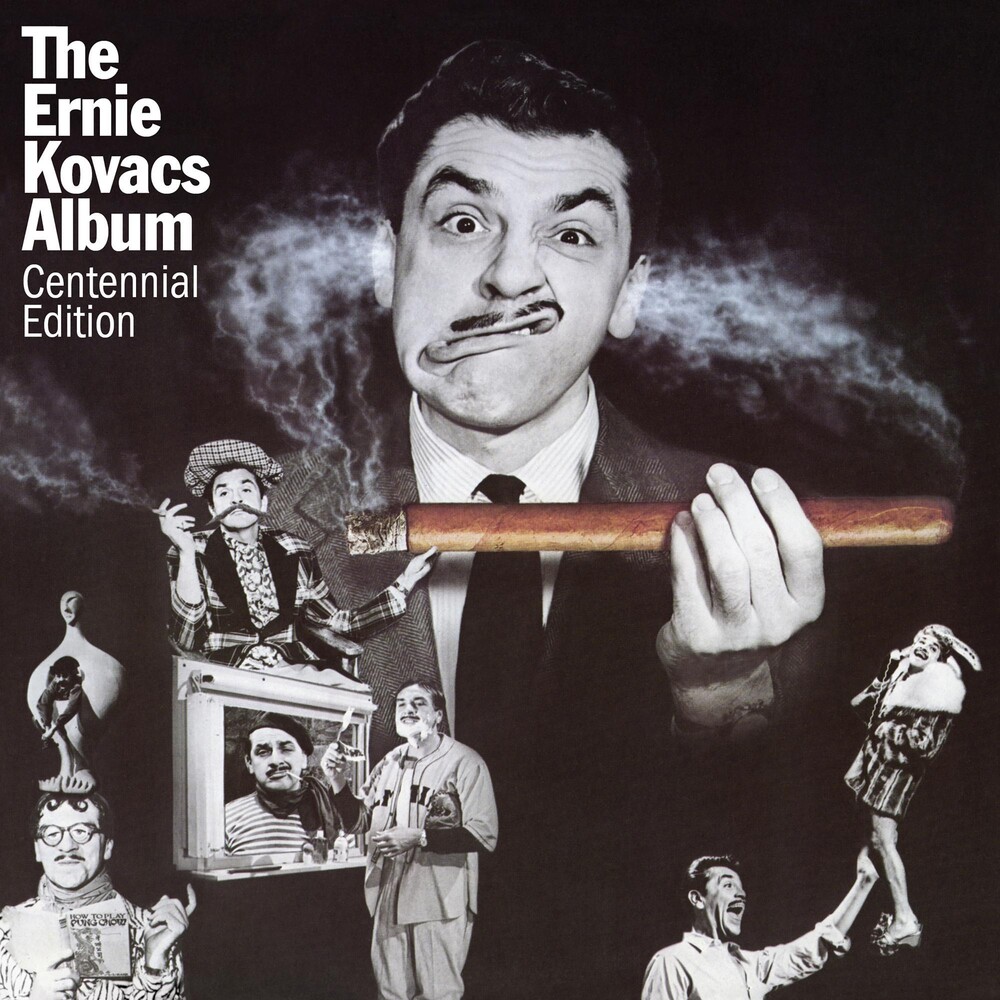 Released in conjunction with the Ernie Kovacs Estate and The Ernie Kovacs Centennial celebration. Contains 6 previously unissued. Packaging contains both the original and new liner notes, plus photos from the Kovacs Estate archives. It is obvious, television as we know it wouldn't be as we know it without the genius of Ernie Kovacs. Comedy, wouldn't be the same either. Before VHS and cable television, Kovacs' material seemed lost to the ages. Grammyr-nominated The Ernie Kovacs Album, originally released in 1976, was one of the first times both old and new generations could experience Kovacs. It appeared well over a decade after his tragic death. It contained almost all the "greatest hits" of his classic television bits and characters (like Percy Dovetonsils, Pierre Ragout, and J. Walter Puppybreath, to name a few), and helped prove that-visuals aside-Kovacs' humor transcended needing to "see it" to "get it." In celebration of The Ernie Kovacs Centennial celebration, The Ernie Kovacs Album: Centennial Edition will, for the first time, be available on CD and Digital for still a new generation to discover. To make it even more special, this Centennial Edition includes 6 previously unissued bonus tracks taken from ABC Radio and Kovacs Unlimited. It even includes a Kovacs-ian take on Frank Loesser's classic "The Inch Worm." With packaging that includes Mort Goode's original liner notes (Goode was a Grammyr-nominated writer), the Centennial Edition contains photos from the Kovacs archives, and new notes from author/television critic Diane Werts. As she states about Ernie Kovacs and his legacy-"He loved words and images, they percolated around inside his head, and then he ejected them reconstituted into a joyful artistry that necessarily remains his alone. This is one radiant little piece of it.