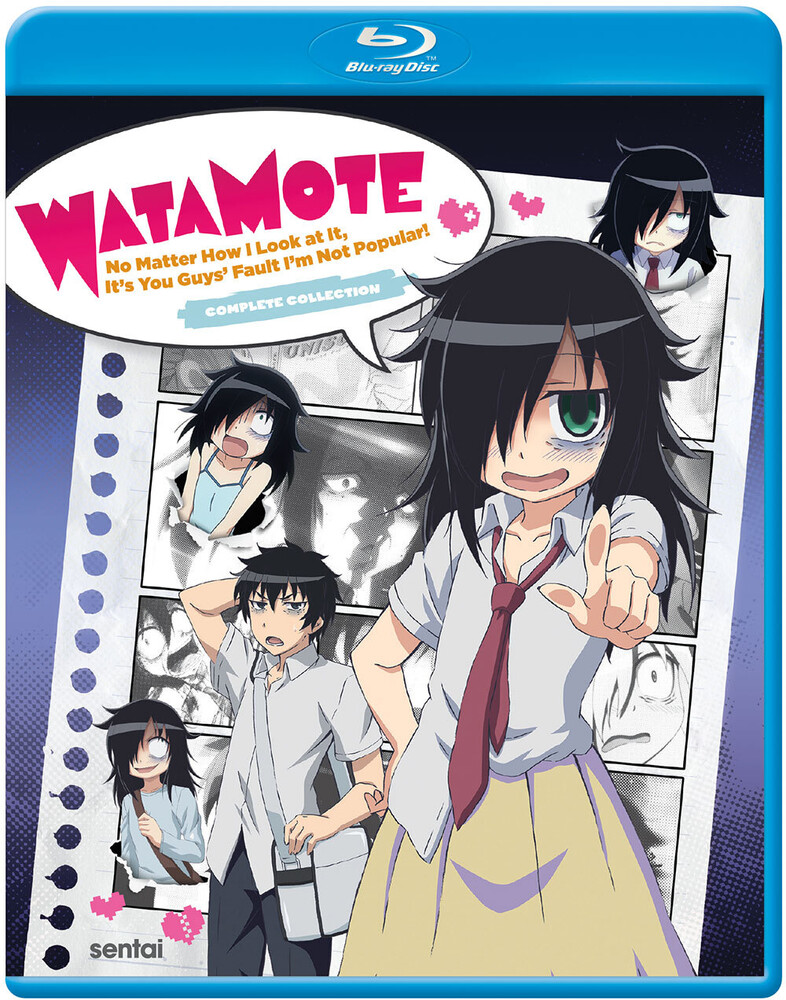 Tomoko Kuroki had only one friend in middle school and her less-than-pleasant personality left her isolated and alone. Then she had a "brilliant" idea: playing lots of romantic video games to learn how to become popular instantly! Now that she's in high school, however, her plan hasn't proven to be as clever as she had thought, and rather than fixing her problems, she's worse off than she was before! But instead of abandoning her scheme, she keeps doubling down, trying to find shortcuts to the popularity she desires. Meanwhile, her family is ill-equipped to deal with the "new" Tomoko, her one friend has undergone a similar mad change, and the biggest trainwreck of a miracle makeover ever is about to unfold in WATAMOTE - NO MATTER HOW I LOOK AT IT, IT'S YOU GUYS' FAULT I'M NOT POPULAR!