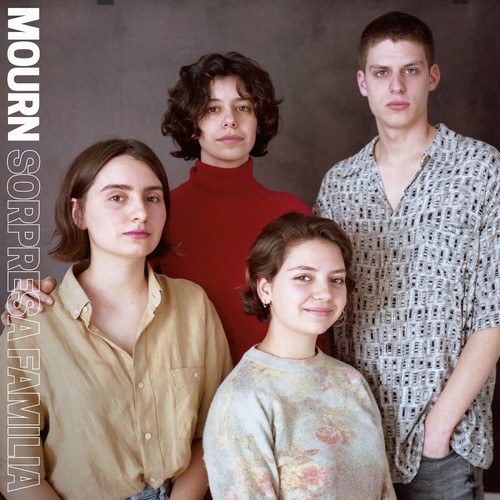 Facing the sort of obstacles that might, understandably, derail a fledgling band's career, MOURN instead forged ahead, and in typical fashion managed to harness their swirling anger, frustration, and passion from the past 2 years into new music. Now, only just recently freed from their legal binds, MOURN is back in full force to share their 3rd full-length album, Sorpresa Familia. Ironically, the obstacles and injustice MOURN have faced in recent years has provided a fertile foundation for new songs that display a palpable maturity and evolution, while retaining every bit of the fiery angst and attitude that has shaped their sound from the start.  Chock full of tension and pent up frustration, Sorpresa Familia feels tonally right at home within MOURN's catalog. But it also feels distinctly separate - more refined, more intentional. Railing against greedy businesses, exploitation, fake friends, dishonest figures of authority, and ever complicated global politics, it's an album of decidedly higher stakes than their past outputs, delivered with the newfound poetic grace of a band rising up out of the ashes of those who stood in their way.