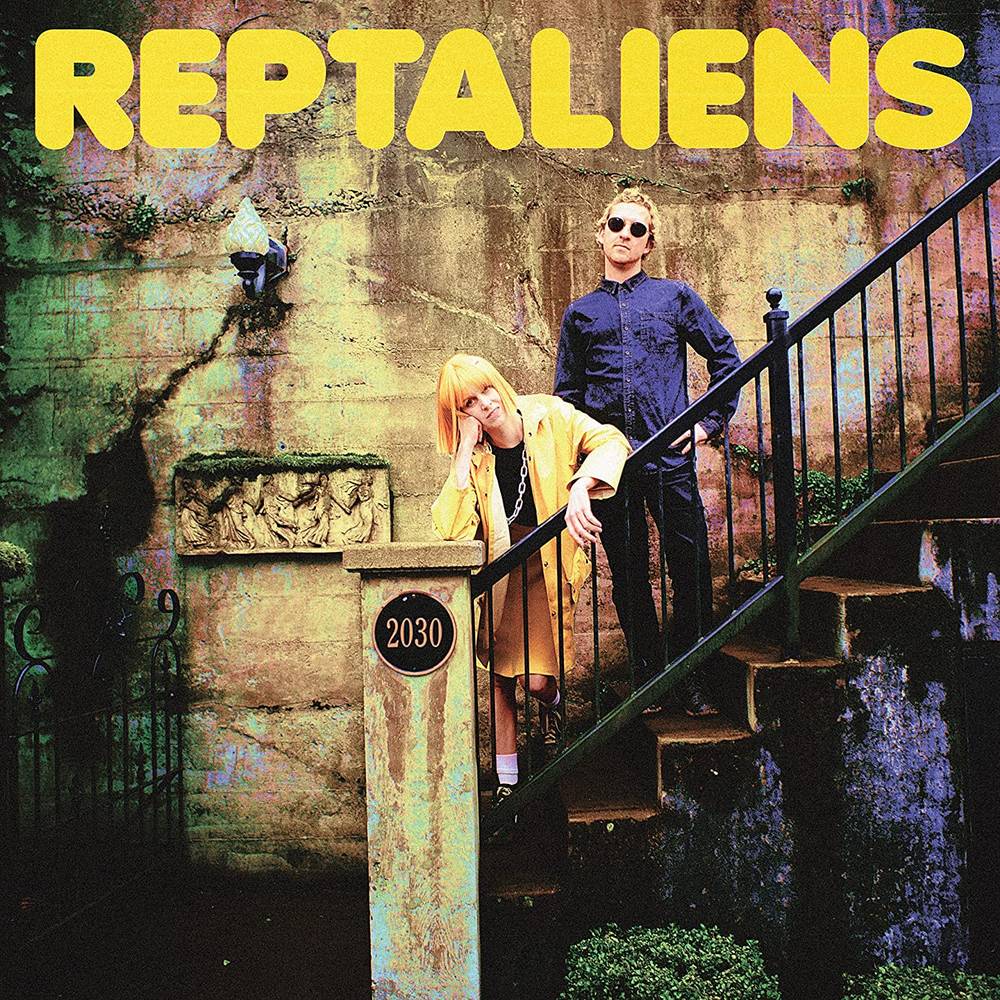 Reptaliens are ready to be direct. After exploring surreal realms of high-concept synth-pop across two acclaimed albums, the Portland, Oregon, duo found newfound clarity in a stark, grounded approach. That may seem unexpected for such a colorful act-known for heady lyrics about conspiracy theories and transhumanism-but Cole and Bambi Browning have streamlined to the lean, propulsive essentials on their self-produced new LP, Multiverse.Shelving the dreamy synths altogether and working without their other bandmates due to lockdown, Reptaliens reset, picking up their guitars and emphasizing the catchy attack that's been there all along. Drawing inspiration from the spontaneous energy of the '90s alternative canon, the pair hit a surge in momentum after a casual-turned-revelatory listen to Jane's Addiction's 1990 classic "Been Caught Stealing." Without even aiming to make a Reptaliens song, they wound up penning the set's lead single "Like a Dog," a sun-soaked groove-bomb that's blissfully unencumbered by sonic baggage. "That really kicked it off," Cole recalls. "It was so fast and easy and fun that we said, 'Let's do more like that.'"Oregon natives Bambi and Cole started Reptaliens in the mid-2010s as a multi-faceted vehicle for their most adventurous urges. Across their first two Captured Tracks albums -FM-2030 (2017) and VALIS (2019)-they established themselves as dedicated dreamers and deep thinkers, filling their wooly, homespun synth-pop with meditations on outré science fiction and philosophy. With some help from friends, they've been able to tackle big questions and explore vast sound worlds. Tapping Julian Kowalski (guitar), Bryson Hansen (synth), and Tyler Vergian (drums) for their previous albums and shows, Reptaliens have bewitched crowds during extended national tours with STRFKR, Turnover, and Turnstile.By contrast, and somewhat by necessity, Multiverse brings those lyrical concerns closer to home. "I didn't get lost in these worlds like I normally do writing lyrics," says Bambi. "It was way more reflective of the world around me." And so past source material like cults and Stockholm Syndrome gave way to more immediate muses-like the pair's frequent recording companion, a Labrador/pit bull mix named Hambone. Meanwhile, the music grew in a fresh direction, a jangle-prone timeless form of subtly psychedelic guitar-pop, finding occasional dark cul-de-sacs but ultimately tending toward the light and breeze. Recording at home on the sleepy west side of Portland, with deer and woodpeckers regularly popping into their tree-lined backyard, the duo played all of the instruments themselves this time. The result is a departure that in fact only emphasizes the band's melodic gifts. While Bambi's distinctive bass-playing is more direct and driving, her airy vocals preserve Reptaliens' soft-focus otherworldliness. Even when she's singing about something as relatable as losing touch with her mind and body during isolation on "I Feel Fine," there's still an uncanny edge to her delivery. And so lines about sniffing glue and melting into the couch become reality-bending evocations of normal lockdown anxieties.With mixing duties divided between Mikaelin "Blue" Bluespruce (Solange, Blood Orange, Mariah Carey) and Ross Brown from Kansas City bands Shy Boys and Fullbloods, Multiverse is a crisp pop record packed with surprising flourishes, from the crunchy chorus of "I Can't Hide" to the smoky, serpentine guitar solo on "Jump." On the recording front, Bambi and Cole applied lessons learned from making their 2020 EP, Wrestling, a synth-steeped darkwave detour that was the duo's introduction to working alone from start to finish. Those releases represent just two of the creative planes nested comfortably within the wider Reptaliens sphere, a prismatic notion that inspired the album's title. Striking out into refreshing new directions at every turn, like it's creators, Multiverse indeed feels like a symbolic crossroads. And one that only yields more possibilities with each visit.