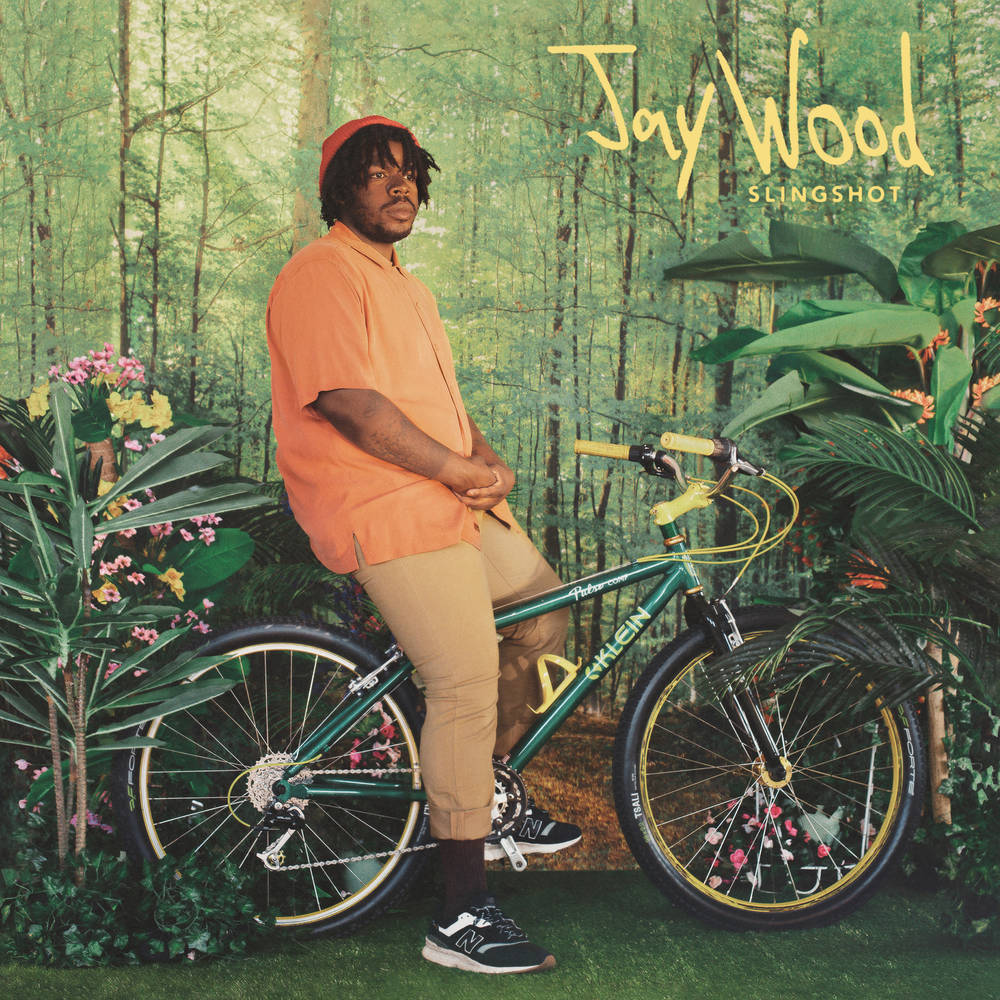 Canadian songwriter and producer Jeremy Haywood-Smith needed an escape from his state of mourning when he began working on Slingshot, his most recent LP as JayWood. After the loss of his mother in 2019, and a global standstill with multiple social crises throughout 2020, Haywood-Smith yearned for some forward momentum. “The idea of looking back to go forward became a really big thing for me—hence the title, Slingshot."

Feeling disconnected from his past and ancestry after the death of a parent, Haywood-Smith made a conscious effort to better understand his identity and unique Black experience living in the predominantly white province of Manitoba. Merging fantasy scenarios, personal anecdotes, and infectious pop and dance instrumentals, Slingshot is a self-portrait of JayWood at his surface and his depths.

Musically, Slingshot reaches into sounds and styles Haywood-Smith has continued to explore throughout his catalog. “I think I made a really big deal to not pigeonhole myself,” he explains. “Whatever is inspiring me at one point will work it’s way into whatever I’m creating.” Slingshot is an amalgamation of Haywood-Smith’s many musical sensibilities, achieved with help from a crew of talented peers. Haywood-Smith wrote and per-formed a bulk of the track’s instrumentations, but the LP has notable appearances from Canadian contemporaries Ami Cheon (on “Just Say-in”) and Mckinley Dixon (on “Shine.”) The album’s penultimate track, “Thank You,” was co-produced with Jacob Portraitof Unknown Mortal Orchestra. The song brings JayWood’s sound full circle, offering some-thing reminiscent of Haywood-Smith’s earliest recordings, while flaunting that “The best is yet to come.”