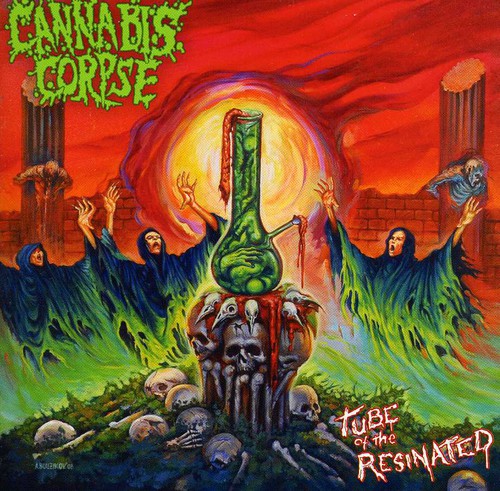 (Please call first)
DISC: 1
1. Chronolith
2. Mummified in Bongwater
3. Disposal of the Baggy
4. Every Bud Smoked
5. Sentenced to Burn One
6. Addicted to Hash in a Tin
7. Fucked with Northern Lights
8. Experiment in Horticulture
9. Gallery of Stupid High

Reissue of the 2008 sophomore album from Richmond, VA's weed-obsessed Death Metal maniacs Not a parody or cover band, but an homage to the greats of the first wave of Death Metal. Featuring Land Phil from Municipal Waste alongside his twin brother Josh. Since the release of this album the band has toured all over the U.S. and Europe and has not stopped.