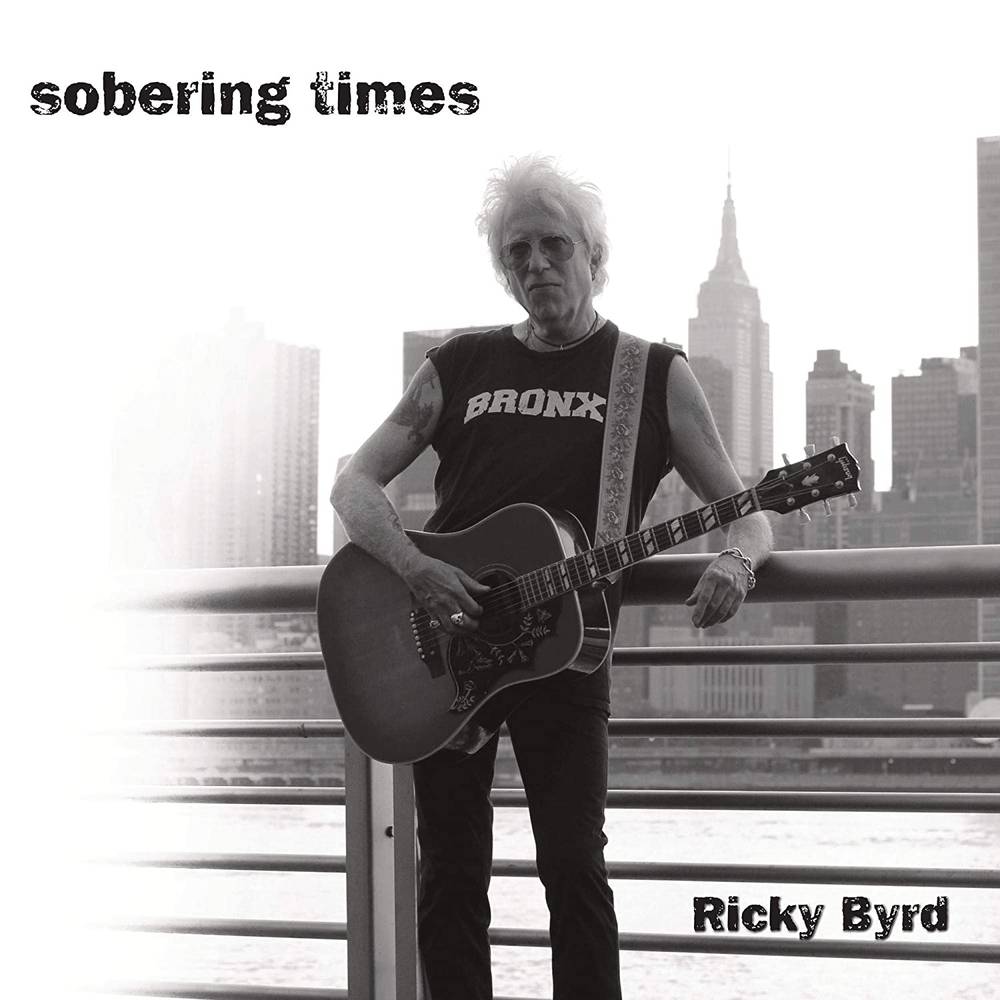 Ricky Byrd, Rock and Roll Hall Of Fame Inductee (2015 with Joan Jett and the Blackhearts), originally released Sobering Times (Kayos Records) in September 2020. Initially available as a limited release on RickyByrd.com, Sobering Times will now be distributed worldwide to retail outlets and digital platforms via a new partnership with BFD / The Orchard. The lead-off single “Together” was dubbed The Coolest Song In The World in Little Steven’s Underground Garage in December 2020.

A slice of Rock ‘n’ Roll with a message of recovery, Sobering Times connected with listeners in unprecedented ways. With the COVID-19 lockdown proving to be an unexpected hurdle for those struggling with addiction; many fans reached out to Byrd, stating the album inspired them to stay clean and sober while weathering the pandemic, through his honest reflections of the depths of addiction and triumphs of recovery.