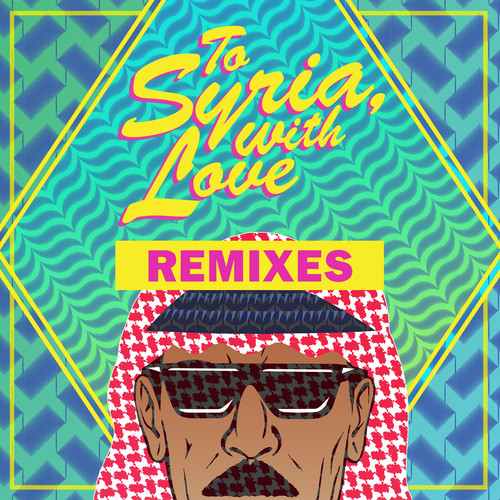 Legendary Syrian singer Omar Souleyman calls on two iconic artists — duo Simian Mobile Disco and Barcelona’s DJ Seinfeld — to deliver remixes of tracks from his most recent album ‘To Syria, With Love.’ DJ Seinfeld imparts lo fi house flavors on "Khayen" and Simian Mobile Disco add a hypnotic tribal feel to "Mawal," making this Record Store Day exclusive vinyl a must have for true house fans. Along with the remixes, the vinyl also includes Souleyman’s latest single, ”Tensana,” an eight minute long celebration of dance and Middle Eastern soundscapes. Omar Souleyman started his career as a wedding singer in Syria, recording over 500 cassettes that are now staples in the country’s folk-pop scene. Parlaying his dabke into the breakneck techno realm of electronic music, the artist is now known for his high octane sound across the Western music front.
PACKAGING HIGHLIGHTS:
• Colored vinyl

OMAR SOULEYMAN HIGHLIGHTS:
• Dubbed the “coolest man in the universe” by Noisey, Souleyman’s first introduction to the western music scene was by way of his official remixes of Björk’s “Crystaline” series in 2011.

• His latest work TO SYRIA, WITH LOVE is driven by finding hope despite this nostalgia and was released on Mad Decent in June of 2017.