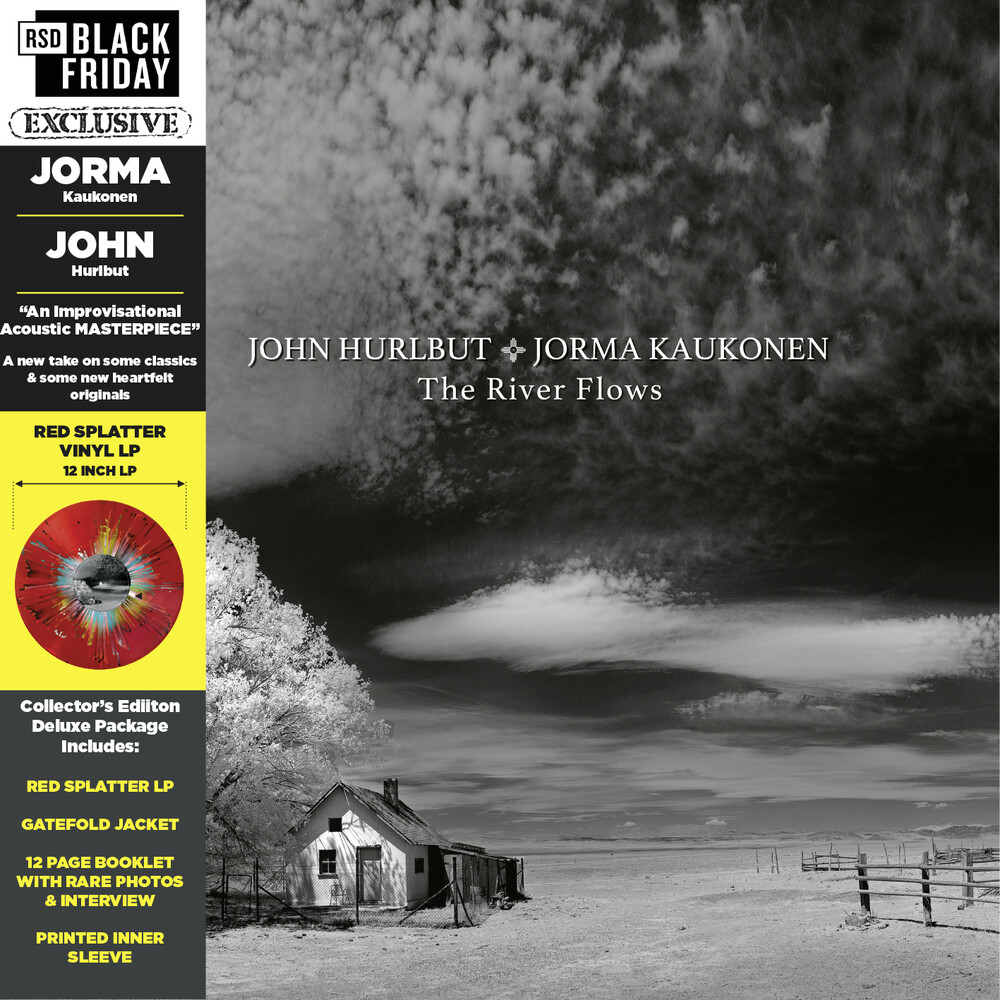 Brand new recordings from John Hurlbut and Jorma Kaukonen, produced by Jorma and engineered and mixed by Justin Guip, three-time Grammy winner for his work with Levon Helm, make their debut on red splatter translucent vinyl for RSD Black Friday. This release comes in a gatefold package with a twelve page booklet that includes a new interview with Jorma, conducted by Paul Epstein.