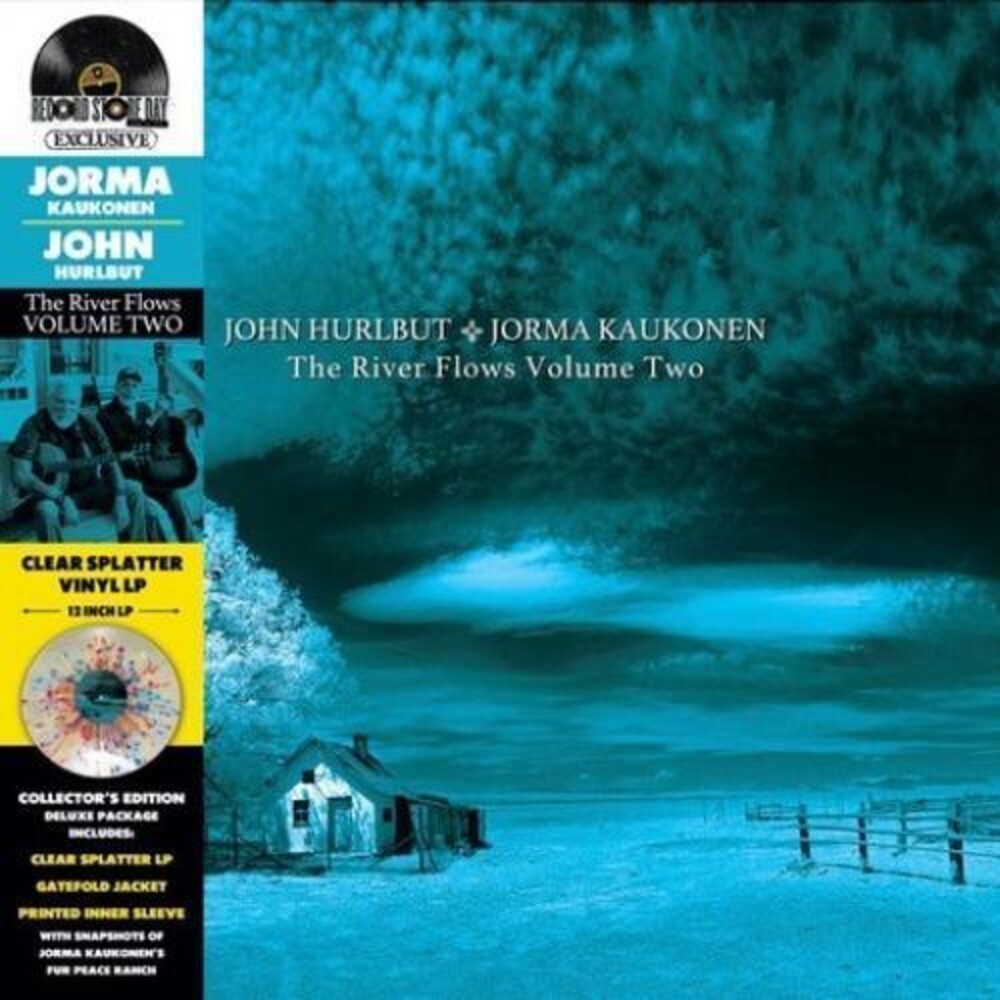 The second volume of a series started by the RSD Black Friday release of The River Flows Vol. 1, which completely sold out and garnered a lot of positive reviews. This deluxe Vol. 2 package features Jorma Kaukonen and John Hurlbut performing their versions of songs by Bob Dylan, Gram Parsons and more, with an original from John Hurlbut as well.

The deluxe package, designed by Kevin Morgan, features an OBI side spine on a gatefold jacket, an inner sleeve with celebrity pictures from Jorma’s Fur Peace Ranch. The record itself is clear vinyl with five-color splatter.