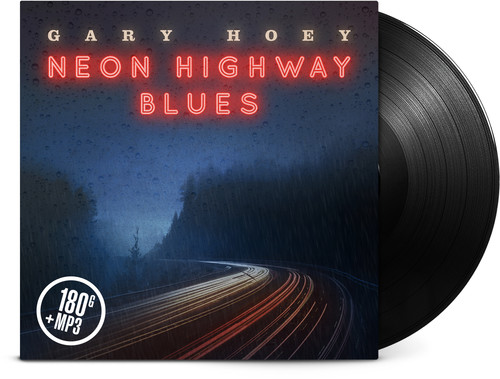 Gary Hoey will release his new blues album NEON HIGHWAY BLUES on March 15, 2019 on Provogue Records. Starting with 2013's DEJA BLUES and continuing with 2016's DUST & BONES, Hoey has tapped into his early musical influences and applied his own feral skills to take the format in a unique direction. He stays in the same lane on his latest endeavor, NEON HIGHWAY BLUES, steering its 11 tracks with the confidence and assuredness of a veteran and the freshness of someone who's still in the process of discovery and refinement -- with the help of famous friends such as Eric Gales, Lance Lopez, Josh Smith and Hoey's 17-year-old son Ian. "I really wanted to make sure this album had a lot of blues on it," says Hoey, who self-produced NEON HIGHWAY BLUES and recorded it at his home studio in New Hampshire. "It's funny because sometimes you can set out to do a blues record and halfway through you realize there's not actually that many blues songs. So I keep sticking to the blues and tried to get that to be a strong part of this record -- and still put some other songs there that the die-hard, long-time fans would like, some instrumentals and some rockin' stuff. There's definitely a variety here." Hoey is confident listeners will hear growth and stretches throughout NEON HIGHWAY BLUES. This album will take Hoey back on the highways and byways for plenty of touring and playing, well, the blues -- and more.