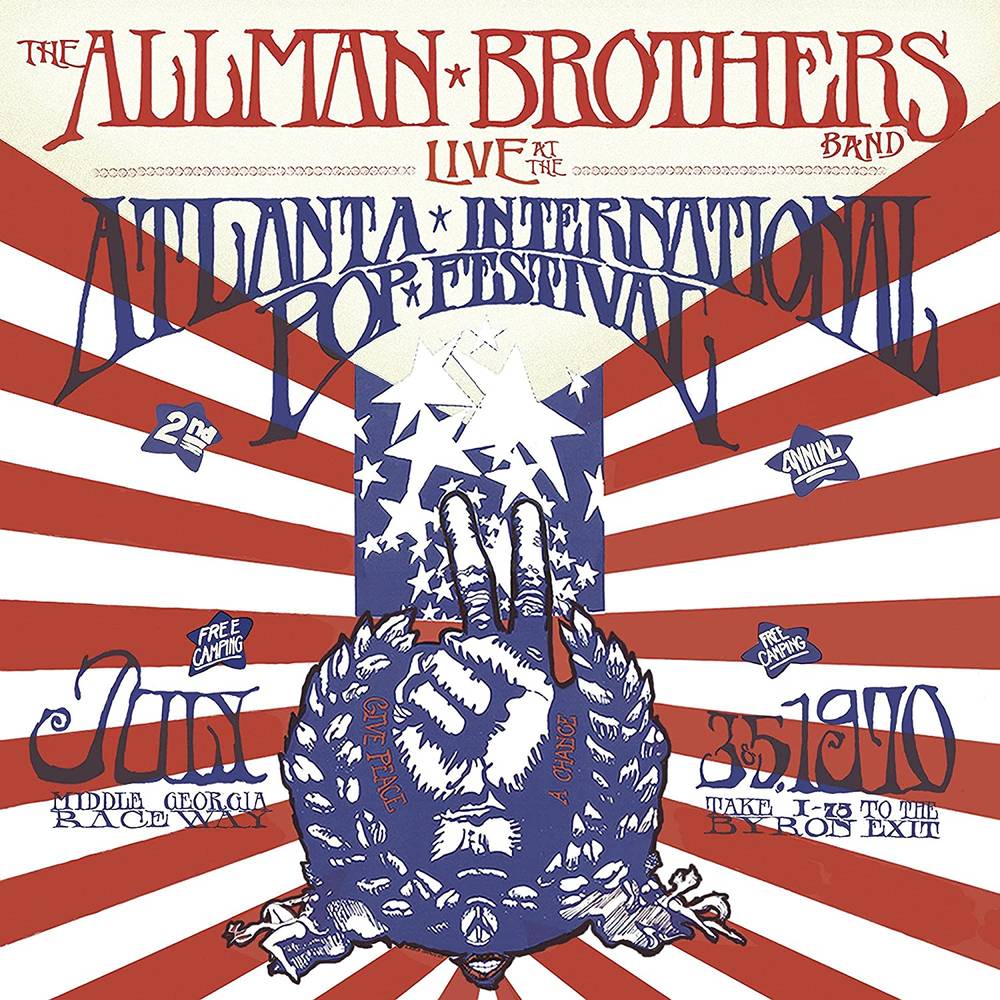 Music from The Allman Brothers Band—Live At The Atlanta International Pop Festival was initially released by Columbia Records in 1971 and featured select cuts from sets by ABB, Jimi Hendrix, Johnny Winter, Poco, Sly and the Family Stone and others. The Allman Brothers Band Atlanta Pop set was issued in full by Sony Legacy in 2003. The Allman Brothers Band formed in 1969 and their epic live performances and platinum-selling records would make them one of the biggest rock bands in America. They’re members of the Rock & Roll Hall of Fame and have received the Grammy Lifetime Achievement Award and Billboard’s Legend Of Live award. The group played their final show in 2014. Earlier this month, the group announced the October 16, 2020 releases of The Final Note (Duane Allman’s last show in 1971) and The Best Show You Never Heard (a band-favorite live show from 2005).