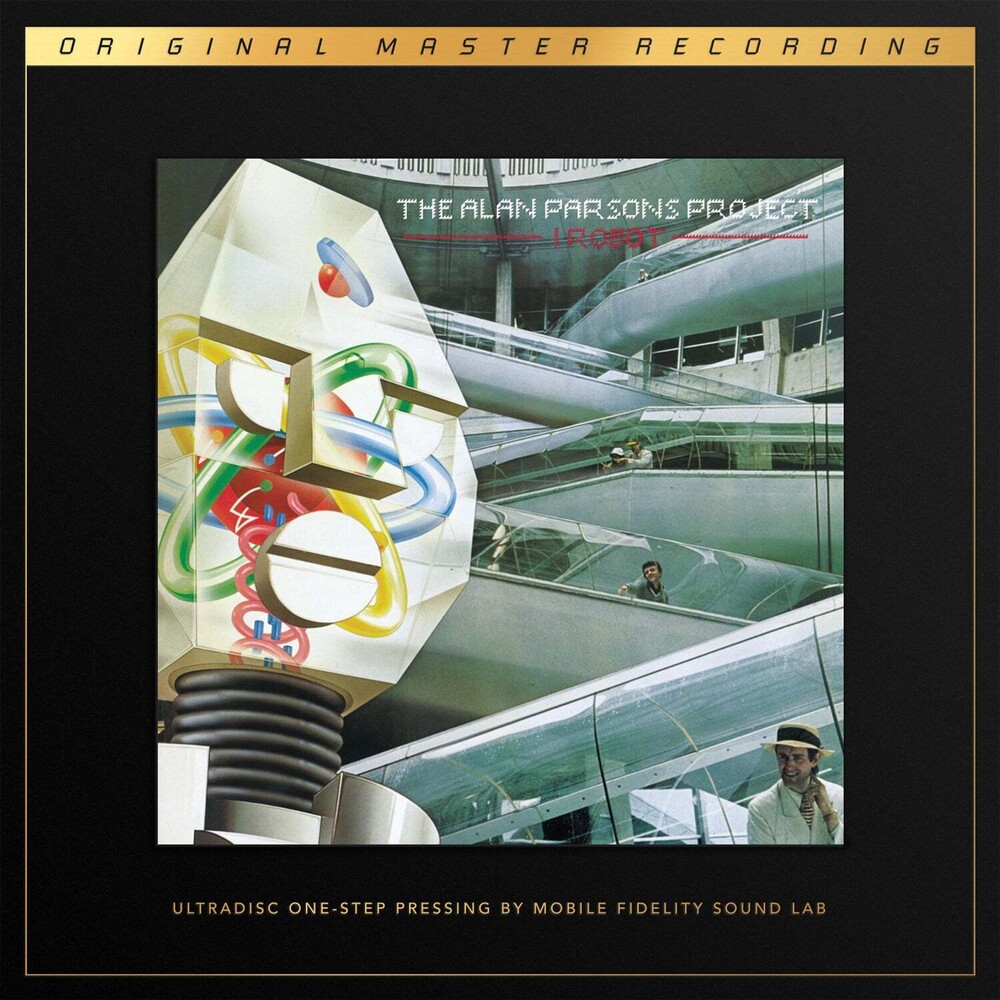 MASTERED FROM THE ORIGINAL MASTER TAPES: ULTRADISC ONE-STEP LP ELEVATES THE AUDIOPHILE STANDARD WHILE OFFERING ONE-FLIP CONVENIENCEMost audiophiles know Alan Parsons Project's I Robot by heart. Engineered by Parsons after he performed the same duties on Pink Floyd's Dark Side of the Moon, the 1977 record reigns as a disc whose taut bass, crisp highs, clean production, and seemingly limitless dynamic range are matched only by the sensational prog-rock fare helmed by the keyboardist. Not surprisingly, it's been issued myriad times. Can it be improved? Relish Mobile Fidelity's stupendous UltraDisc One-Step 180g 33RPM box set and the question becomes moot.Mastered from the original master tapes and pressed at RTI on MoFi SuperVinyl, I Robot comes to life with reference-setting realism on this numbered, limited-edition reissue. Boasting immaculate highs and lows, generous spaciousness, and see-through transparency that takes you into the studio with Parsons and creative partner Eric Woolfson at Abbey Road, this definitive edition is designed to demonstrate the full-range capabilities of the world's best stereo systems while offering listeners the convenience of having all the music on one LP.Featuring a nearly inaudible noise floor, this transcendent UD1S edition functions as a repeat invitation to savor reference-grade soundstages, immersive smoothness, sought-after instrumental separation, three-dimensional imaging, and consummate tonal balances. Able to be played back at high volumes without compromise or fatigue, it is a demonstration record for the ages - the likes of which are no longer being made. This is the very reason you own and invest in high-end audio gear.The special characteristics of this UD1S version extend to the premium packaging. Housed in a deluxe box, the reissue features special foil-stamped jackets and faithful-to-the-original graphics. Aurally and visually, it is made for discerning listeners who prize sound quality and production, and who desire to fully immerse themselves in everything about this conceptual landmark. Parsons' most famous record deserves nothing less.