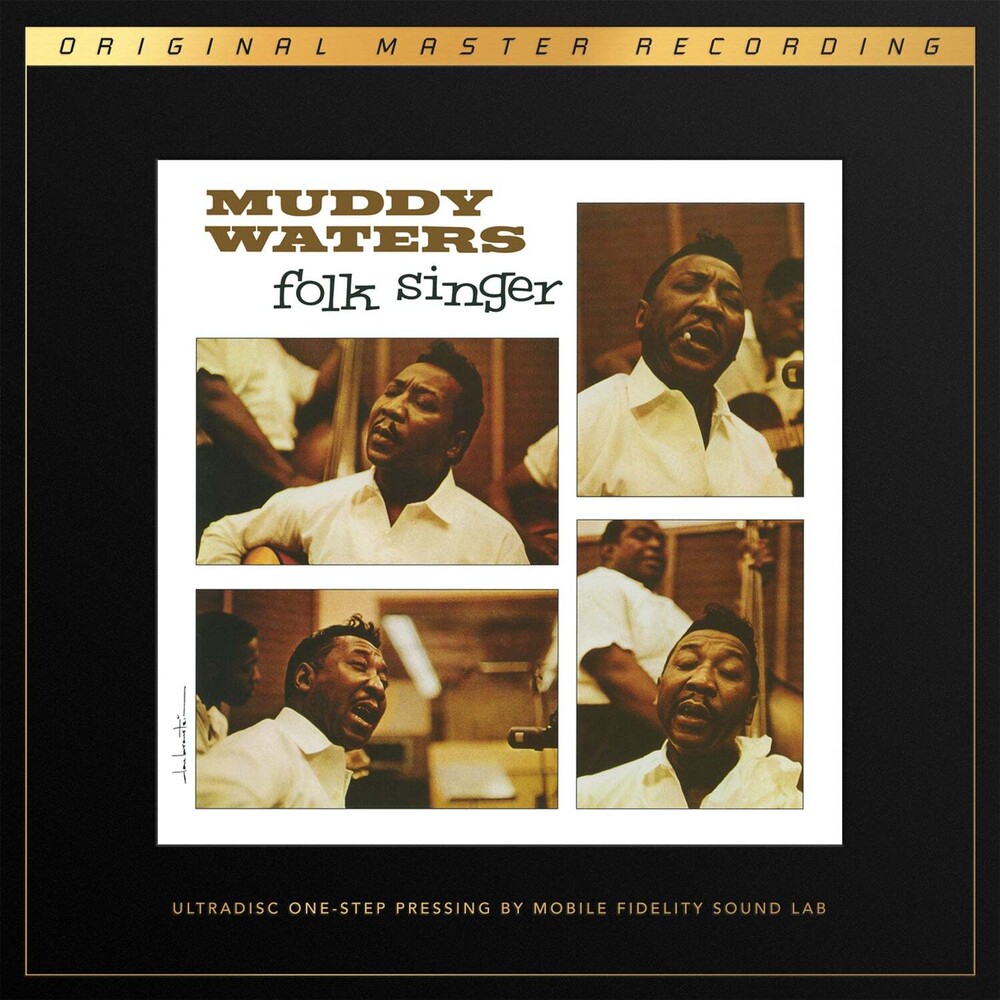 MASTERED FROM THE ORIGINAL MASTER TAPES AND LIMITED TO 10,000 NUMBERED COPIESMuddy Waters' Folk Singer remains rightly revered as the greatest-sounding blues album ever released-and, to date, one of the only bonafide audiophile records in the genre. Originally issued in 1964 by Chess Records, the all-acoustic work has made the rounds as a demonstration disc and benefitted from myriad reissues, all of which sought to improve upon Willie Dixon and Ralph Bass' legendary, subtlety-abundant production while bringing the musicians into your room. More than five decades after Waters, Buddy Guy, and company initially gathered in a Chicago studio in September 1963, those feats (and more) are finally accomplished in definitive, unsurpassed fashion courtesy of Mobile Fidelity.Limited to 10,000 numbered copies, pressed on dead-quiet MoFi SuperVinyl at RTI, and mastered from the original master tapes, Mobile Fidelity's ultra-hi-fi UltraDisc One-Step 180g 45RPM 2LP collector's edition pays tribute to the album's merit and enhances the intimate program for generations to come. Playing with reference-setting sonics that more than justify it's existence in a field filled with prior audiophile reissues of Folk Singer, this spectacular collector's version provides a clear, transparent, ultra-dynamic, and up-close view of a set that inspired Rolling Stone to deem it the 282nd Greatest Album of All Time and proclaim it 'a pioneering 'unplugged' set beloved by blues and folk fans alike.'The premium packaging and beautiful presentation of the UD1S Folk Singer pressing befit it's extremely select status. Housed in a deluxe box, it features special foil-stamped jackets and faithful-to-the-original graphics that illuminate the splendor of the recording. No expense has been spared. Aurally and visually, this UD1S reissue exists as a curatorial artifact meant to be preserved, touched, and examined. It is made for discerning listeners that prize sound quality and production, and who desire to fully immerse themselves in the art-and everything involved with the album, from the iconic photos to the gorgeous finishes.Such potency reveals itself explicitly on a vinyl set afforded uncanny reproduction of Waters' tobacco-stained singing, booming reach, robust acoustic guitar, and instrumental accompanists-a Hall of Fame group that comprises a very young Guy, stand-up bassist Dixon, and drummer Francis Clay. Accurately portraying the scale of a human voice remains one of the most difficult tasks to accomplish on a recording. And yet the timbre, richness, and realism of Waters' singing here convey the authority of it's inner cavity and considerable depth, allowing notes to individually register all the while pairing with succeeding rhythmic passages in seamless fashion. The presence, feel, and contributions of Waters' esteemed colleagues register, too, with the lifelike nature rivaled only by sitting in a small venue. Indeed, few albums of any style resonate with the reference levels of spaciousness, openness, and 'room as an instrument' qualities to the extent of Folk Singer.