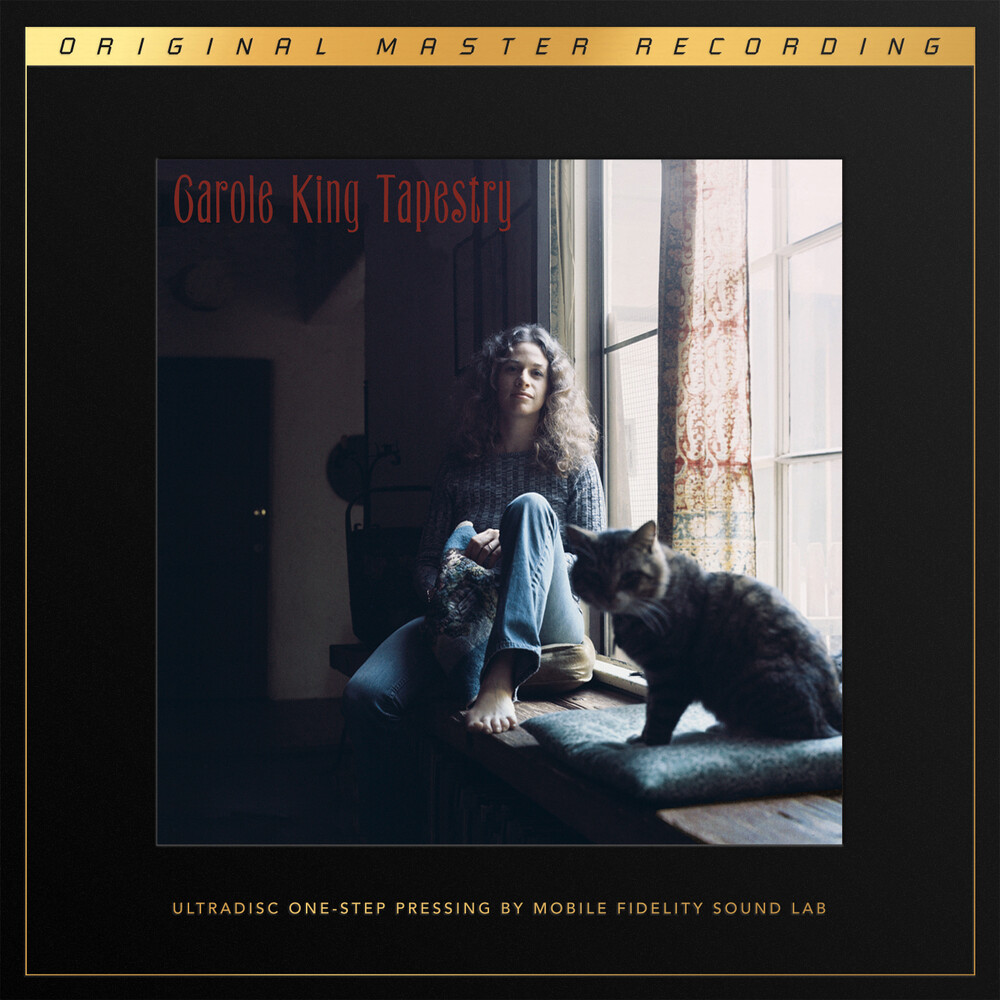 Carole King's Tapestry is the rare record that plays in your head the moment it's title, cover art, or songs are mentioned. Ranked the 36th Greatest Album of All Time by Rolling Stone, it is the singersongwriter LP you'd bring to the proverbial desert island if you were limited to one choice. Indeed, one reason Tapestry endures-apart from the flawless songwriting, earnest deliveries, and eloquent performances-owes to the naturalness of the production and songs. King's articulations on love, conviction, friendship, place, sadness, and companionship ring true because there's no doubting their meaning, intent, or sincerity. Tapestry makes you feel. It compels you to get closer to the music and the musicians performing.

Commemorating the record's 50th anniversary, mastered from the original master tapes, cut at 45RPM, pressed on MoFi SuperVinyl at RTI, and limited to 10,000 copies, Mobile Fidelity's UD1S box set remains faithful to original album producer Lou Adler's vision of making King (and not just any pianist player) appear seated and playing just for you. The wider grooves allow more information to reach your ears, and MoFi SuperVinyl means the noise floor is as absolutely low as possible. The results mirror what went down in A&M Studios: Lean, simple, direct, and so nakedly real the sonics evoke what might be heard on a professional demo tape.

There's only one Tapestry, and this collectible version weaves together all it's elements in incomparable fashion.Feel the Earth Move: Mobile Fidelity UltraDisc One-Step 180g 45RPM 2LP Box Set Is the Consummate Version of Tapestry and Puts Carole King in the Room. Ranked the 36th Greatest Album of All Time by Rolling Stone: Includes 'You've Got a Friend,' '(You Make Me Feel Like) A Natural Woman,' and 'Will You Love Me Tomorrow?'