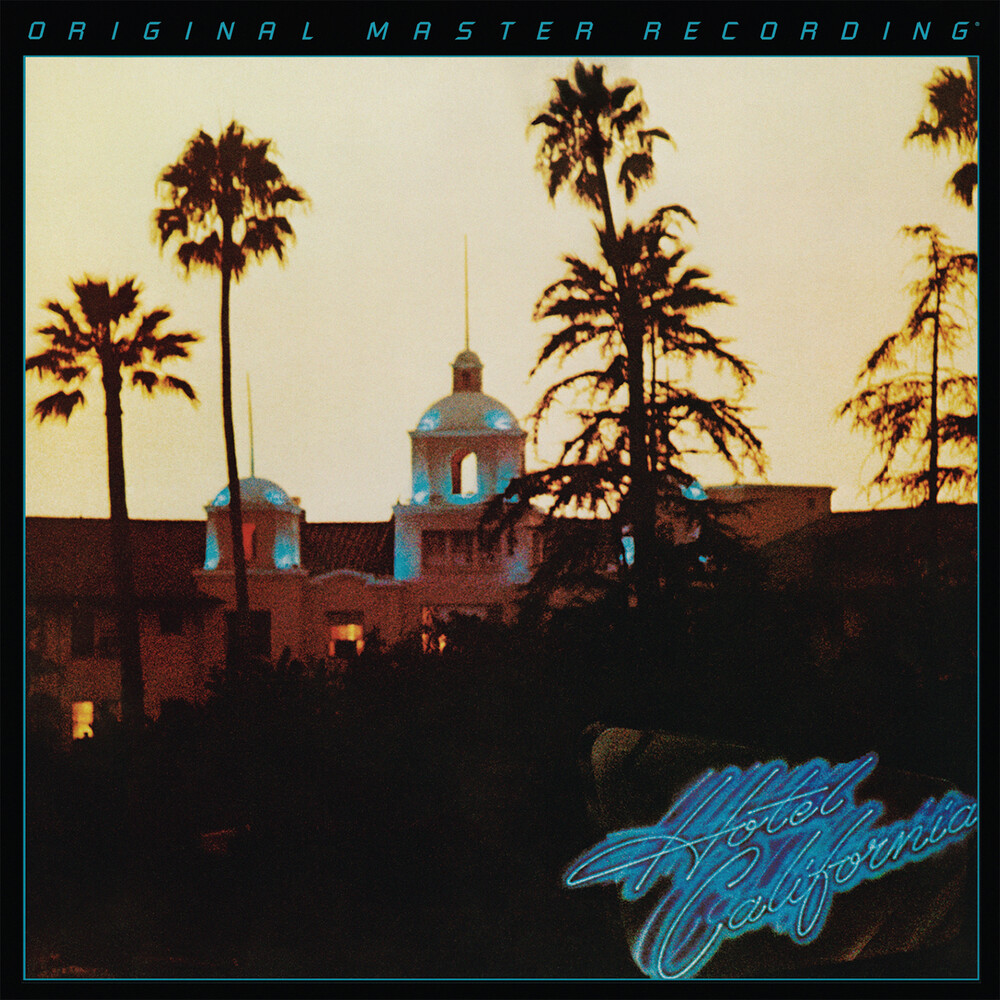 * The Third Best-Selling Album in History Receives a Substantial Upgrade Befitting It's Timeless Status and Cultural Importance: Mobile Fidelity's Hybrid SACD of The Eagles Hotel California Is Sourced from the Original Analog Master Tapes* 26-Times-Platinum Concept Album Plays Like an Epic Cinematic Film: Songs Saliently Address Consequences and Chaos of American Mythology, Celebrity, Art, and Entitlement* Grammy-Winning 1976 Blockbuster Marks Debut of Guitarist-Vocalist Joe Walsh: Includes Iconic Title Track, 'New Kid in Town,' 'Life in the Fast Lane,' and 'Victim of Love'The moment the instantly recognizable intertwined guitar passage on the title track to The Eagles' Hotel California begins, the record's genius becomes obvious all over again. Ranked the 118th Greatest Album of All Time by Rolling Stone, certified by RIAA as the third best-selling LP in history, and looked upon as the foundation upon which the Golden State's mid-'70s rustic music scene was built, the 1976 landmark is a music staple immune to shifts in trends, eras, and styles. Fearlessly addressing the chaos and consequences of American life, it's songs remain strikingly prescient and gain credence with each day. Experienced as an unbroken whole, Hotel California unfolds like a geography-conscious saga by James Michener and plays like color-saturated movie shot on widescreen 70mm film by Martin Scorcese about our collective and individual decisions and shape of our past, present, and future.Sourced from the original analog master tapes, Mobile Fidelity's hybrid SACD ensures you will want to permanently check into and never leave this particular Hotel California. Up to the task of surpassing the quality of prior reissues, this numbered-edition disc plays with extreme clarity, organic richness, tube-like warmth, massive dynamics, and copious detail. You'll be able to almost smell the colitas and feel the breeze in your hair. Songs feature immersive, front-to-back soundstages that allow the music to emerge with incredible air, roominess, and separation. More than ever, Hotel California continues to take on a life of it's own.