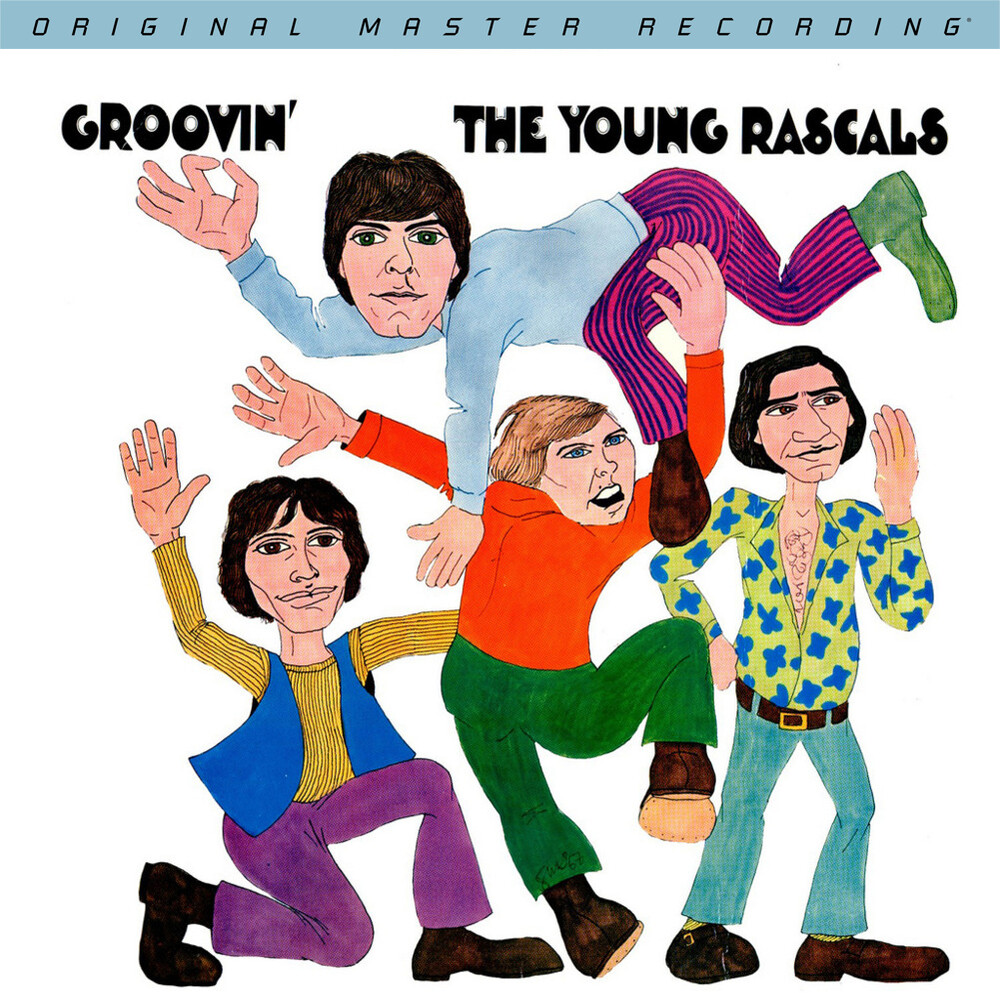 Simultaneously elevated and bypassed by the artistically prolific year in which it was released, the Young Rascals' Groovin' remains the high-water mark of a collective Rolling Stone boldly proclaimed 'the blackest white group of all' in 1970. Home to three Top 10 singles and a diverse array of pop music in step with the era's exploratory creativity, the set belongs alongside the Beatles' Sgt. Peppers' Lonely Hearts Club Band, Love's Forever Changes, Jefferson Airplane's Surrealistic Pillow, and 1967's other pioneering recordings. Look no further than 'A Girl Like You,' commandeered by confident singing and skated along by peppy jazz-rock architecture marked by exuberant horns, lilting piano lines, and splashing rhythms. Or 'How Can I Be Sure,' on which Eddie Brigati takes the vocal lead over a waltzing pattern that conveys hopefulness, rumination, and the rollercoaster ups/downs that accompany the initial stages of a relationship.Mastered from the original monaural master tapes, Mobile Fidelity's 180g 45RPM mono 2LP set (limited to 5,000 numbered copies) captures the deep-seated personality and effortless melodies that seemingly occupy every passage. Reflecting the playfulness of the cover art, the members demonstrate a cohesiveness, chemistry, and charm made apparent via the newly uncovered detail, airiness, and tonalities. The painstakingly produced restoration also includes 'A Beautiful Morning,' a million-selling hit that reached the third spot on the Billboard Hot 100 chart in 1968 and debuted as the first release under the band's then-newly truncated Rascals name. Blue-eyed soul and innocuous optimism have rarely sounded more contagious than on this audiophile-grade reissue.