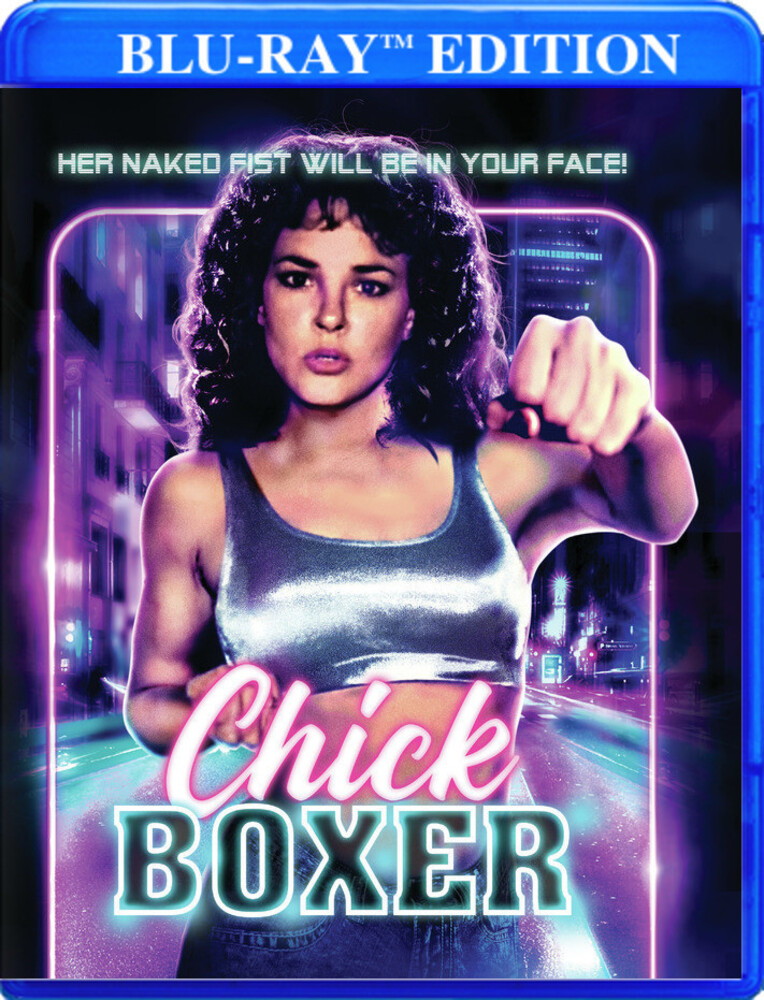 Saddled with $2,500, a title no one wanted to make, and borderline pornographic footage of B-movie goddess Michelle Bauer (Sorority Babes in the Slimeball Bowl-0-Rama), producer J.R. Bookwalter (The Dead Next Door) rose to the challenge of Chickboxer, perhaps the most ill-conceived shot-on-video movie ever made. Despite being the equivalent of a cinematic train wreck, the original 1992 VHS release remains a sought-after item with collectors nearly 30 years later. A young woman named Kathy yearns to emulate the swift kicks and moves of favorite TV superhero Chickboxer by enrolling in a local Karate school where the teacher is up to dirty dealings in drugs, prostitution, and more. Intent on busting the teachers and cleaning the school of scum, Kathy barrels straight into kicking bad-guy butt! Featuring additional restoration work performed on the only surviving original Super-VHS edit master, Chickboxer kicks and chops it's way onto Blu-ray together with newly-created and never-before-seen archival bonus materials from the Tempe vaults, three audio commentaries, and the untouched 1992 home video version as originally presented on VHS.