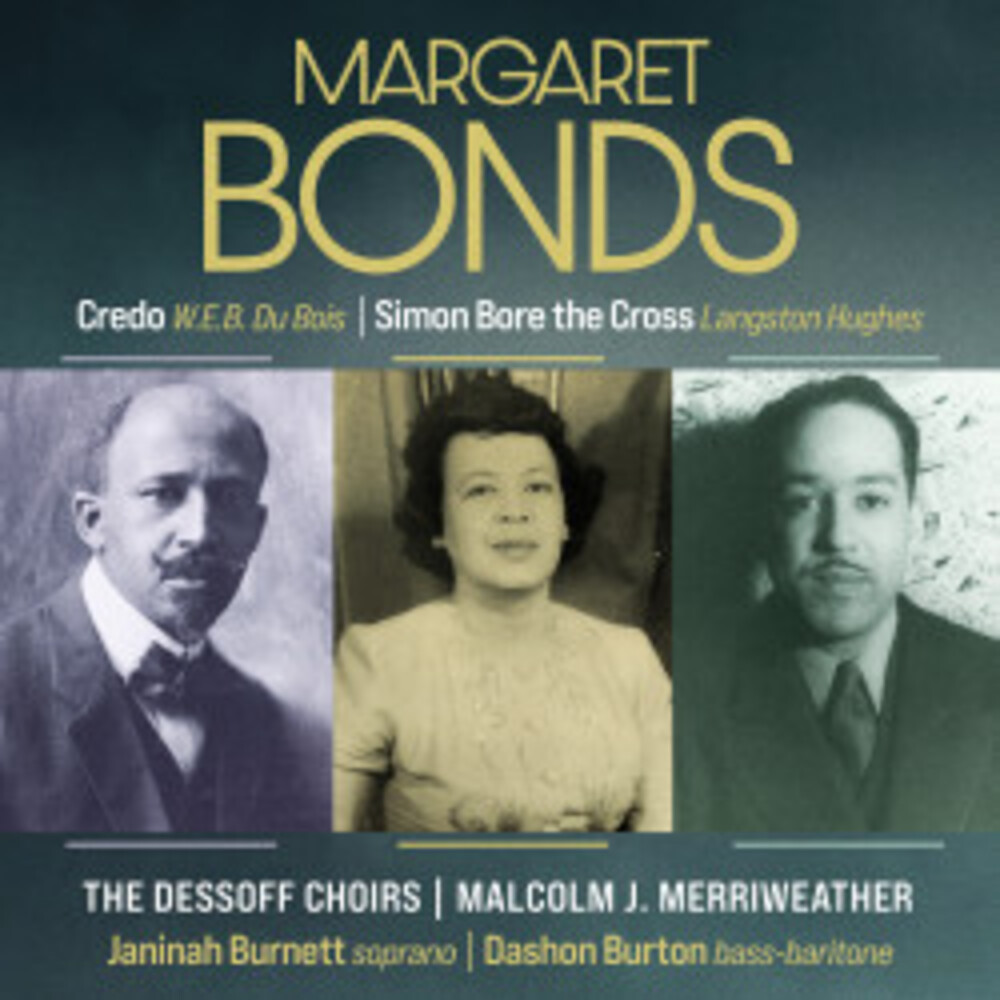 New York City-based The Dessoff Choirs, instrumental in re-establishing the music of 20th-century African American composer Margaret Bonds with the world-premiere recording of her Christmas oratorio, The Ballad of the Brown King, present two more Bonds premieres: new orchestrations of her cantata, Simon Bore the Cross, created with long-time collaborator and friend Langston Hughes, and the large-scale Credo set to prose by W.E.B. Du Bois. Akin to The Ballad of the Brown King, which centred around the dark-skinned king Balthazar who journeyed to Bethlehem to witness the birth of Jesus Christ, Bonds' and Hughes' North African Simon carried Jesus's cross on the way to Calvary, giving African American audiences an opportunity to see themselves within the biblical canon. Credo bears Bonds' evocative vocal writing style infused with elements from various black musical genres. The first complete performance of the work was given in 1973, to rave reviews: "Credo verified her talent, her sensitivity, her proficiency as orchestrator and her concern for the Negro spiritual" (Los Angeles Times). Written during the last decade of Bonds' life, neither work was performed in it's entirety during the composer's lifetime. With this release - coinciding with Black History Month - conductor Malcolm J. Merriweather, The Dessoff Choirs and Orchestra and soloists, soprano Janinah Burnett and bass-baritone Dashon Burton, bring Margaret Bonds' beautiful and spiritual music back to life, conveying a powerful message that remains poignant and relevant for music lovers today.