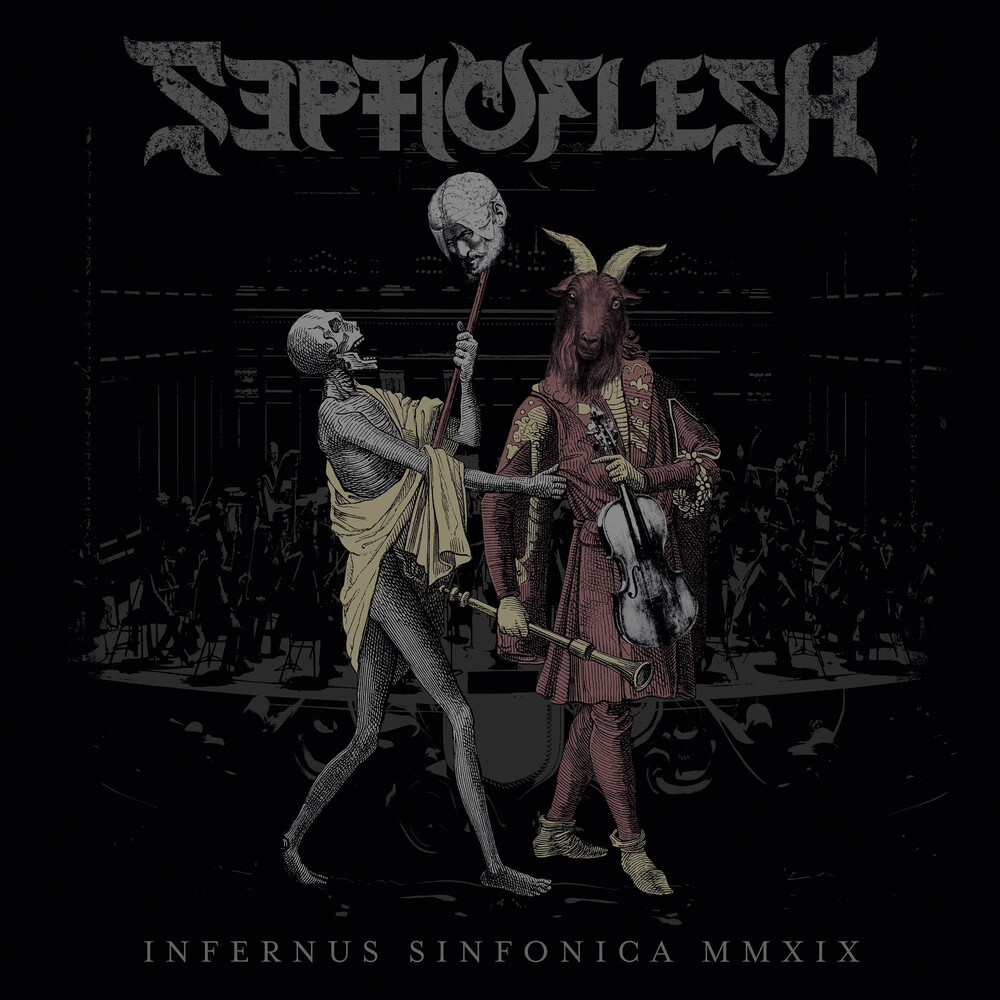 Legendary Greek symphonic death metal outfit SEPTICFLESH deliver unto us the long-awaited 'Infernus Sinfonica MMXIX,' a true milestone in the history of extreme metal. Captured at the Metropolitan Theatre in Mexico City in front of a sold out audience of 3200 metal maniacs, this unique live album/concert recording captures the brutality and bombast of the band playing in tandem with the Symphony Experience Orchestra - led by award-winning Maestro Gerardo Urbán Y Fernández - and the National University Of Mexico Children’s and Youth Choir (over 130 musicians total).

Joining them for this one-of-a-kind concert experience is longtime collaborator, clean vocalist, and co-founder Sotiris Vayenas in what marks his first ever North American appearance with the band. In a white-hot set spanning their four critically-acclaimed recent albums – ‘Communion (2008),’ ‘The Great Mass (2011),’ ‘Titan (2014),’ & ‘Codex Omega (2017)’ - the trailblazing quartet unleash their full powers for their first-ever live album recording. 'Infernus Sinfonica MMXIX' is at once impressive, monumental, stunning and arguably the crown-jewel in their already impressive career to date.