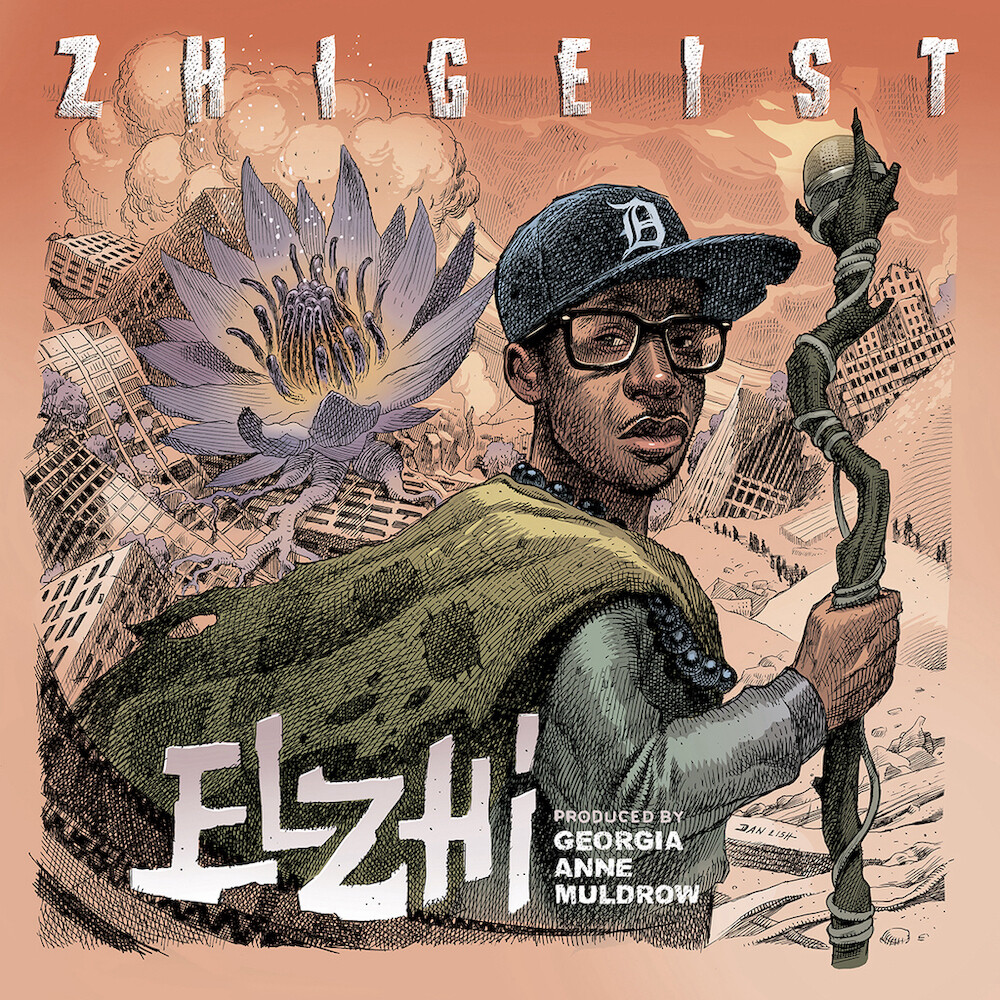 With vivid flows that radiate effortless complexity, Detroit rapper Elzhi is among the most masterful lyricists on the planet. The gifted emcee rose to fame as the youngest member of legendary group Slum Village, but has since graduated from prodigy to sensei, with a thriving solo career bolstered by several acclaimed projects, plus memorable collaborations with artists like Westside Gunn, Royce Da 5'9", Ghostface Killah, Conway, Danny Brown, Little Brother, and many more. Georgia Anne Muldrow is a supremely talented musician, producer, and vocalist whose eclectic work blends elements of jazz, hip-hop, funk, soul, rock, and beyond. The prolific artist has released more than 20 albums, earned a Grammy nomination without a major label, and worked with the likes of Erykah Badu, Mos Def, Madlib, Bilal, Kool G Rap, Robert Glasper, and more. Now, Elzhi and Georgia Anne Muldrow are joining forces for the collaborative album "Zhigeist". A carefully crafted mix of psychedelic instrumentation and whirlwind lyricism, the project is entirely produced by Georgia, who also contributes vocals on several tracks. An inspired fusion of styles and textures, Zhigeist is an aesthetic triumph infused with an undeniable message.