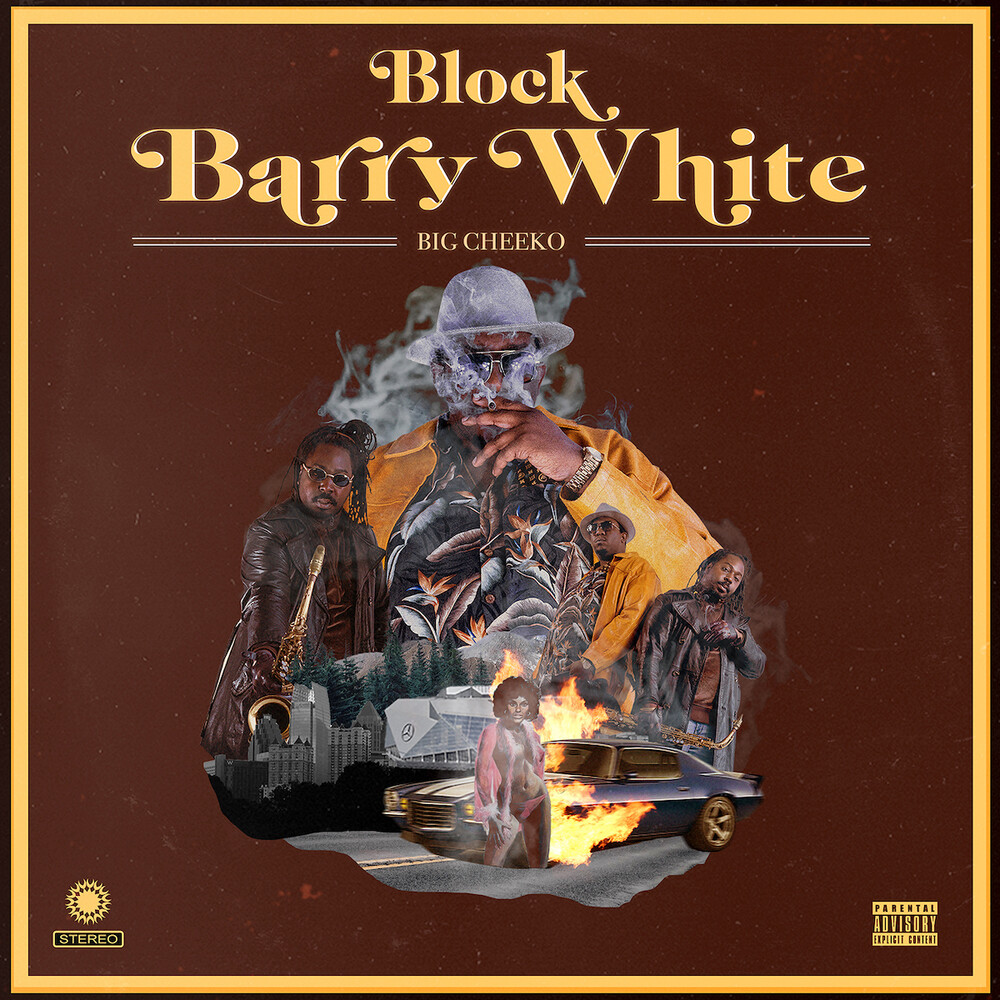 2022 release. With a smooth-as-butter flow, an entrancingly deep vocal tone, and an exceptional ear for production, Big Cheeko is one of the most exciting emcees to emerge from Atlanta in recent memory. After several outstanding mixtapes and some high-profile collaborations, the talented artist is now unveiling his commercial debut Block Barry White. Executive produced by hip-hop folk hero Mach-Hommy, the album is a smoked-out masterpiece, capturing the full reach of Big Cheeko's creative firepower. Block Barry White's powerfully authentic rhymes are accompanied by slow-burning, soul-influenced production and hard-hitting percussion, with all beats by Matic Lee. Sure to blast out of trunks far and wide, Block Barry White features Mach-Hommy, Smoke DZA, Styles P, and Devin The Dude.