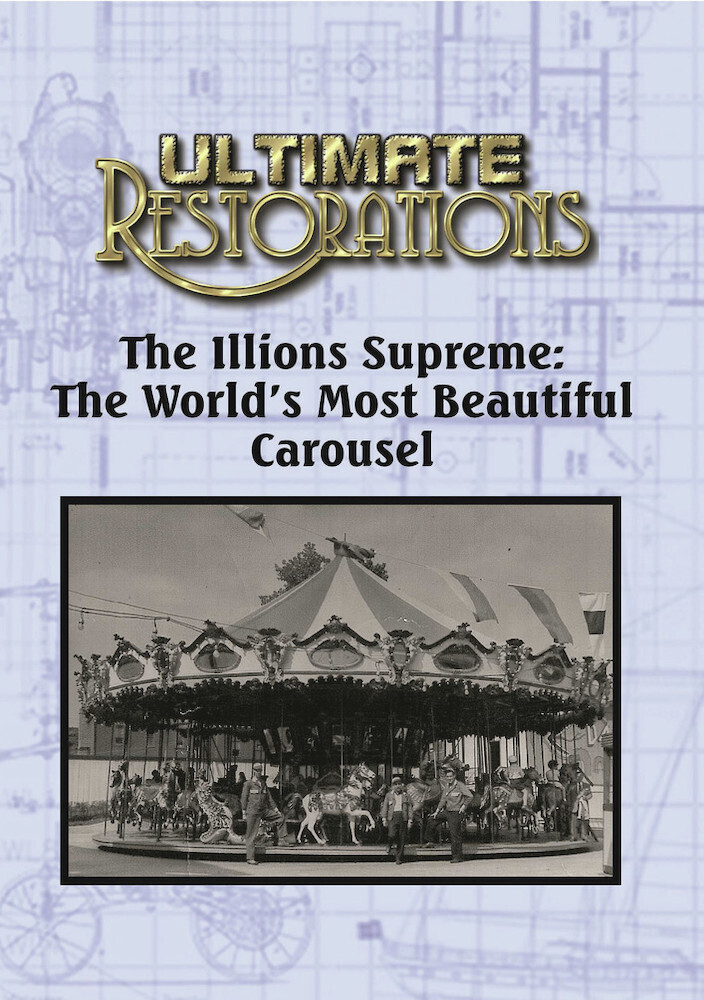 As often happens in large, important restorations, things can take surprising turns. In this fascinating and beautiful-to-watch episode, what begins as the restoration of one carousel, soon becomes the story of 2 painstaking restorations. From the turn-of-the-century until today, there has been one carousel that has stood out from all of the rest-The Ilions Supreme Carousel. It is the ultimate creation of the renowned master carver, Marcus Charles Ilions. But as restoration work began on The Supreme in Los Angeles, another world famous carousel began it's restoration in San Francisco; the magnificent Playland Carousel created by Marcus Illions chief rival, Charles Loof. We decided to record them both. These machines represent the ultimate in the woodcarver's art. And this episode truly can be called Ultimate Restorations.