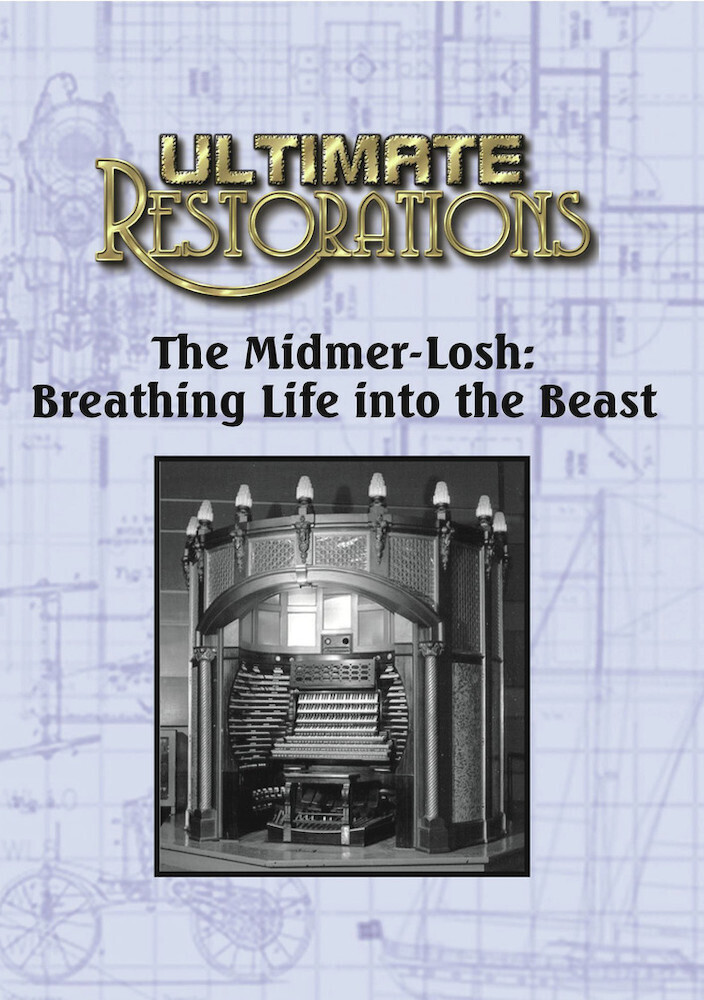 It was 1929 in Atlantic City. Under his expansive reign over the city, gangster Knucky Johnson set about construction of one of the largest convention halls in the ountry. But it wasn't the hall itself that was the prize. It was being constructed, literally, around what was to be the world's largest theater pipe organ. Johnson came and went, but construction continued on into the early years of the depression. Boardwalk Hall was completed, and the great Midmer Losh organ, with over 34,000 pipes, some 64' high, and blowers requiring hundreds of horsepower, came to life. Today, the now deteriorating goliath is still the largest musical instrument in the world, and unbelievably the world's most complicated mechanical system. Atlantic City's colorful and single-minded restoration team is being buoyed by our story and it's attendant press, which is helping to provide the nearly $10,000,000 cost. The restoration is continuing, thanks in no small part to the millions of viewers of Ultimate Restorations.