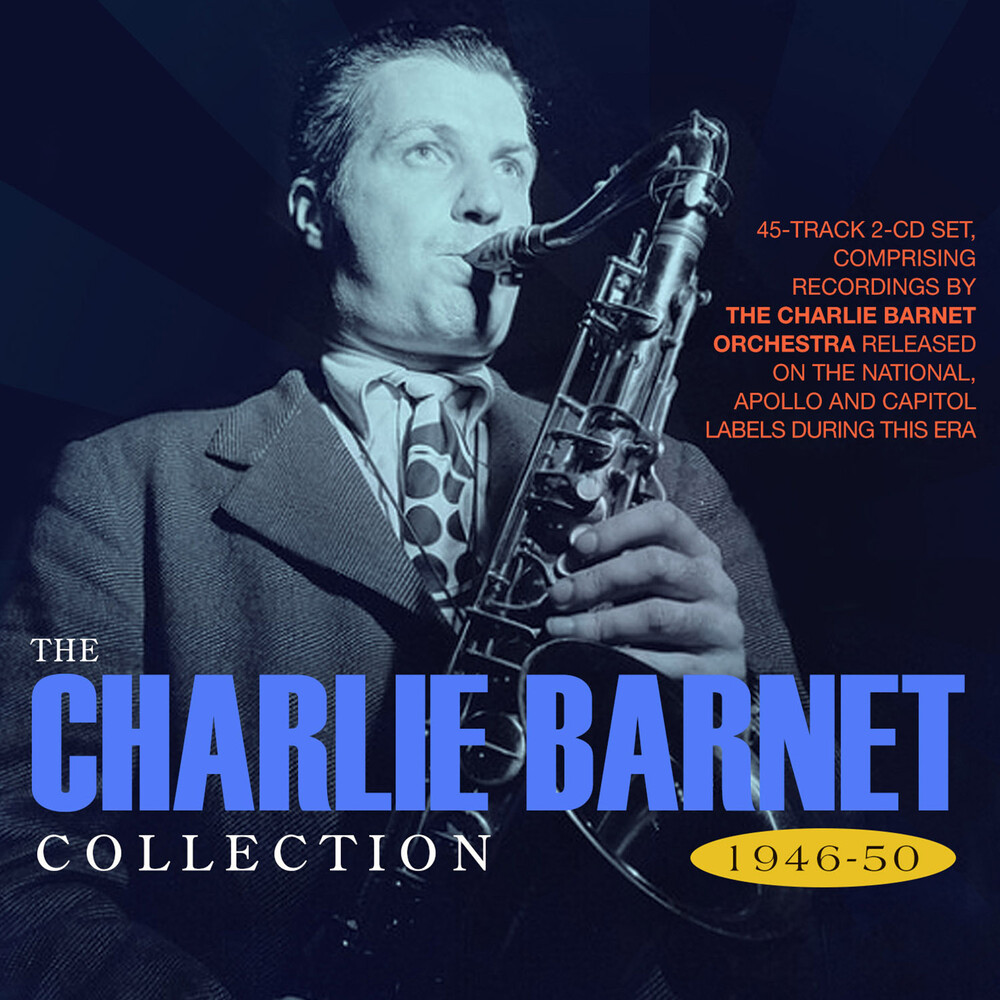 Saxophonist and playboy bandleader Charlie Barnet led one of the most swinging of the big bands during the 1930s and '40s, always disliking the popular 'sweet' orchestral music of that era, and pioneering a hard swinging approach as he fully integrated himself into his bands as an instrumentalist. Acrobat has already covered those eras of his career with our releases "Leapin' At The Lincoln" (FABCD134) and "The Charlie Barnet Collection 1935-47" (FADCD2039), and this great value 45-track 2-CD set deals with the next few years of his recording career, as he recorded variously for the National, Aladdin and Capitol labels from 1946 through to 1950. It only involves one track duplication with the material on our 1935-47 collection. It comprises most of the titles recorded at the dozen or so sessions he recorded during these years, and which came out on singles. Like all musicians he could not record during 1948 because of the American Federation of Musicians' recording ban. It features some noted musicians in his line-ups, including the likes of Shorty Rogers, Barney Kessel, Neal Hefti, Clark Terry, Doc Severinson, Maynard Ferguson and Manny Albam. It includes some new arrangements of material which he popularised in his earlier Bluebird recordings. For lovers of Barnet's music and classy big band music in general, this is an enjoyable and as about as thorough a collection of his studio work during this era as can be accommodated in a 2-CD set.