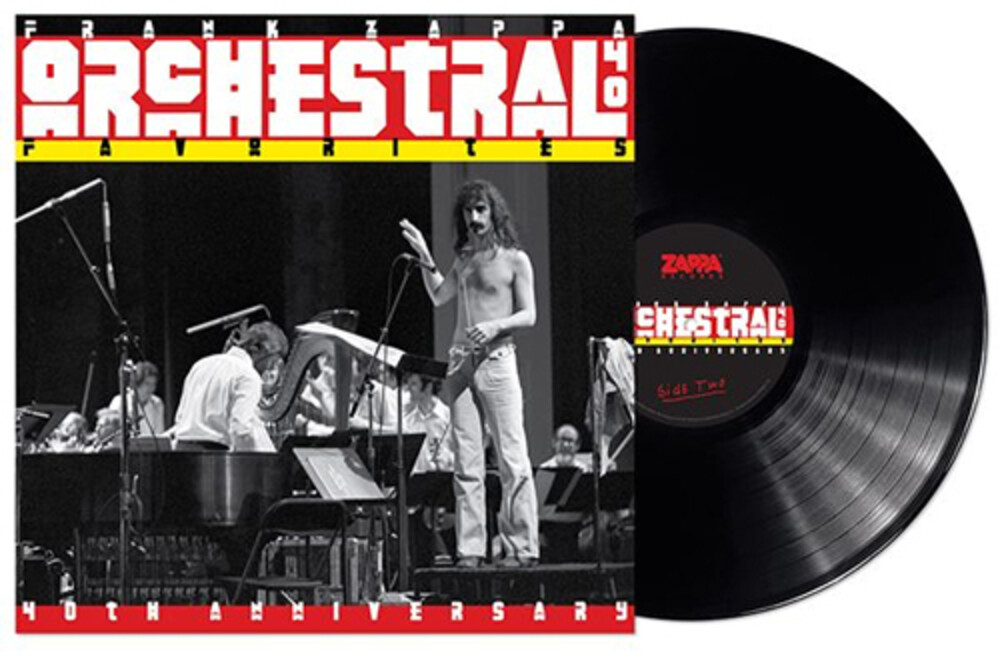 Limited 180gm vinyl LP pressing. Zappa Records/UMe release a 40th anniversary vinyl edition of Orchestral Favorites, with the original album mastered by Bernie Grundman and the newly-created anniversary art and cover. Unpromoted at the time and issued alongside several other titles without Zappa's permission or quality control, it was publicly criticized by the artist for it's lack of liner notes or credits and unapproved artwork. The new edition from Zappa Records/UMe commemorates the event at UCLA's Royce Hall where the album compositions were recorded in September 1975. Listeners will be transported back to September 1975, when Zappa scheduled the Royce Hall event in between trying out new band members and preparing for a tour. "Frank supervised everything," recalls Travers in the liner notes, "hired sound and lights, mixed the front of house sound at times, conducted the orchestra on occasion, and played guitar with them."