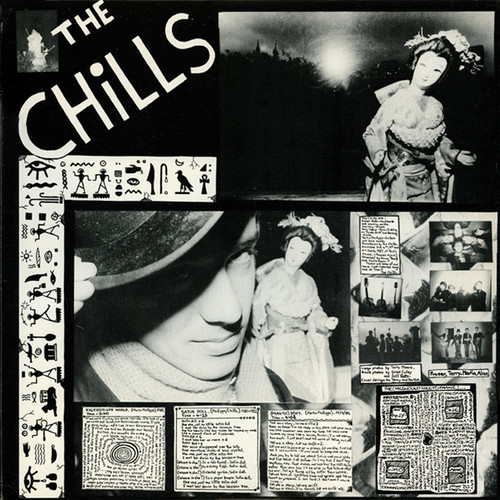 The Dunedin Double was a seminal in both independent and New Zealand music. Released in March 1982 the Dunedin Double EP went on to kick start New Zealand’s biggest independent record label ‘Flying Nun’ as well as the careers of at the time, local and unknown bands The Chills, Verlaines, The Stones and Sneaky Feelings. Recorded over two weekends in two separate damp flats in Christchurch the EP launched the notion of the ‘Dunedin Sound’ a phrase and sonic influence, which still finds place in todays jangle-indie pop world. Unusual in it’s format, each side of the two 12’’s showcasing each bands first recordings and take on the Dunedin Sound. The Dunedin Double has become one of the mantelpieces for lo-fi record collectors disappearing after one press. For Record Store Day 2014, Flying Nun in conjunction with Captured Tracks will once more let The Dunedin Double briefly appear on the shelves, gloriously re-mastered.

Side A The Chills "Kaleidoscope World", "Satin Doll", "(Frantic) Drift Side B Sneaky Feelings "Pitys Sake", "There’s A Chance", "Backroom Side C The Stones "Something New", "See Red", "Down And Around", "Surfs Up" Side D The Verlaines "Angela", "Crisis After Crisis", "You Cheat Yourself Of Everything That Moves"