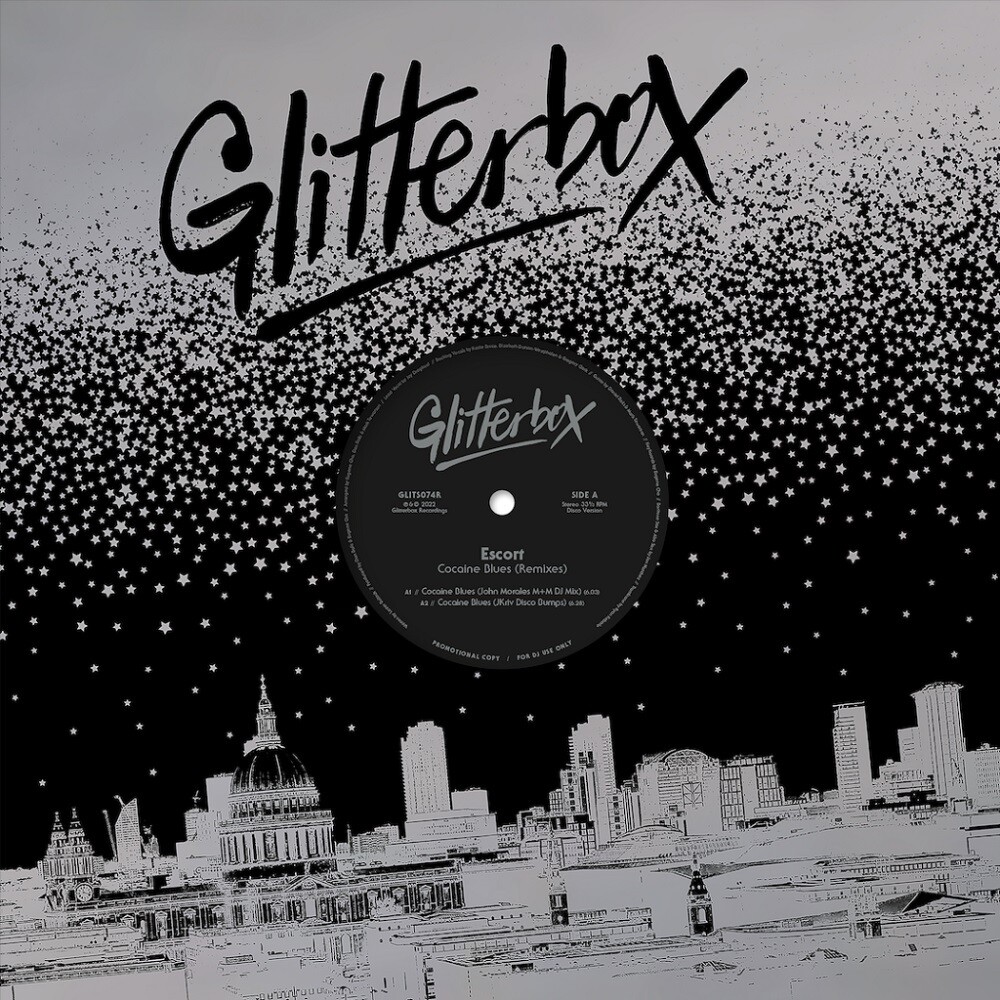 Originally released in 2010 on their own label, Brooklyn nu-disco group Escort's 'Cocaine Blues' is lovingly revisited by Glitterbox Recordings over a decade later, re-introducing the dancefloor essential to a new generation of disco fans. A loose remake of disco-reggae classic 'Cocaine in My Brain' by Jamaican DJ Dillinger, Escort's 'Cocaine Blues' with it's relaxed, disco approach and catchy vocal soon became a hit. Now arriving in a 12' package, up first, legend of NYC's house and disco scene John Morales delivers his M+M Mix. A long-time friend of Glitterbox, this is John's first release on the imprint, with the signature sparkling sound that brought him to prominence in the 80s sounding fresh as ever on this remix. Up next, original Escort member JKriv revisits the track on his funk-filled Disco Bumps Mix, before regular Roisin Murphy collaborator Crooked Man delivers his Crooked Line 1 and Crooked Line 2 versions, gloriously deep fuelled by bumping bass and attitude. Crooked Line 2 is exclusive to this 12'. Sounding just as good as it did when it first hit dancefloors, this unmissable vinyl remix package gives 'Cocaine Blues' another lease of life.Tracklisting:A1. John Morales M+M DJ MixA2. JKriv Disco BumpsB1. Crooked Line 1 (by Crooked Man)B2. Crooked Line 2 (by Crooked Man)