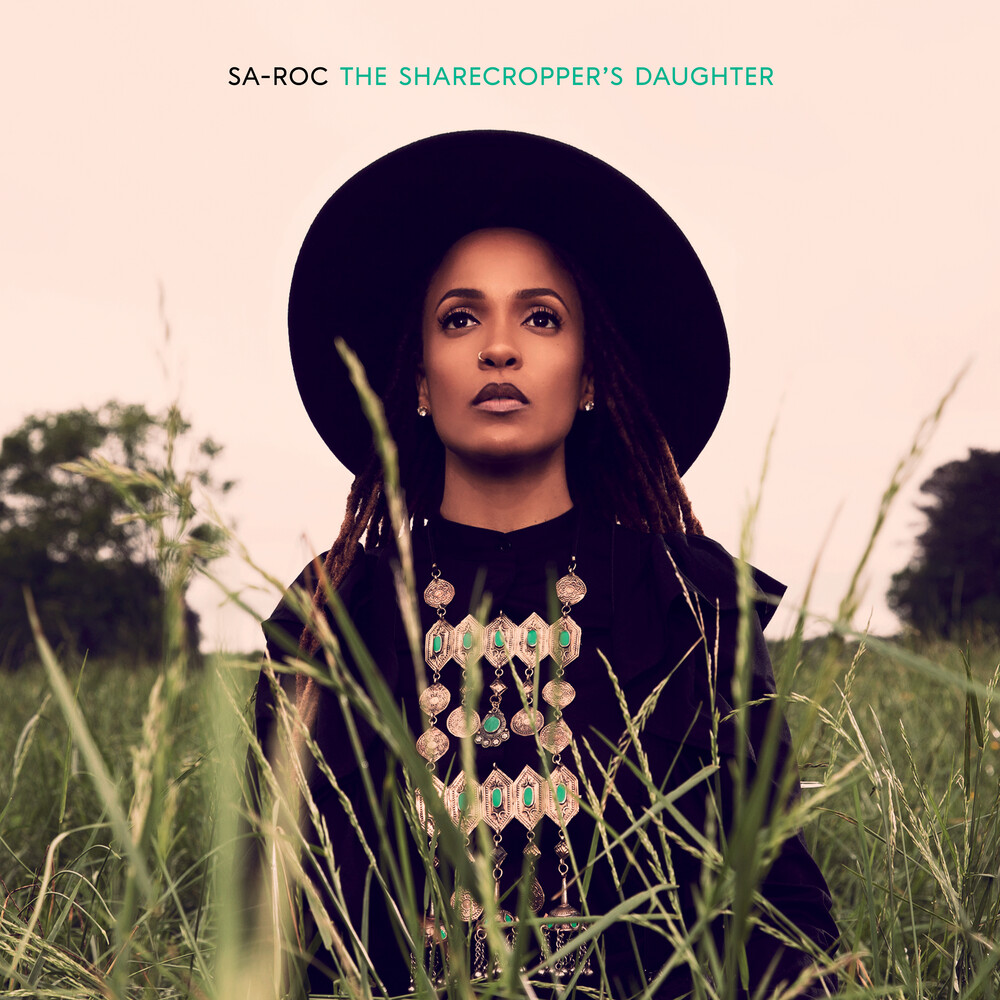 Since signing with Rhymesayers in 2015, Sa-Roc has continued to both invigorate and grow her fanbase with a string of singles, accompanied with powerful and visually enthralling music videos, including "Forever", which is nearing 4 million views on YouTube. In that time, she has continued to cultivate and sharpen her skill sets, and now she is set to release her first album for the label.

Speaking on the meaning of the album's title and inspiration, Sa-Roc shares, "The Sharecropper's Daughter speaks to my father's actual beginnings on a Virginia tobacco farm where his family sharecropped. The title is meant to signify that both my father's and my upbringing, though so different, are linked by a shared history that informs the way I move through the world. Although his formative years were spent in the Jim Crow era of the south, where he suffered through poverty and racial oppression, and mine were shaped in the heart of DC, amidst the war on drugs and the effects of it's fallout, the album finds points of connection in two very different yet tragically familiar stories of Blackness in America. It's a sonic reflection of the things we inherit. About the emotional weight that we unknowingly bestow upon the next generation; the genetic transfer of both trauma and triumph that we, both donors and beneficiaries, are tasked with reshaping into a future of our own." The Sharecropper's Daughter album is entirely produced by a veteran renaissance man from the Atlanta Hip Hop scene, Sol Messiah, with the exception of "Deliverance" produced by Evidence. And, while Sa-Roc's crafty wordplay, razor-sharp delivery and exceptional writing are the prominent highlight, this undeniable quality is only further enhanced by stellar guest performances from a small, but formidable, all-star cast of guests, including Saul Williams, Styles P, Ledisi, Chronixx, and Black Thought. This Fall, Sa-Roc seeks to demand her rightful place at the table amongst rhyme royalty with The Sharecropper's Daughter, at a time when the world is clamoring for powerful voices of substance, along with a patient and attentive fanbase who have already been tuned in, waiting for this moment. The time is finally here.