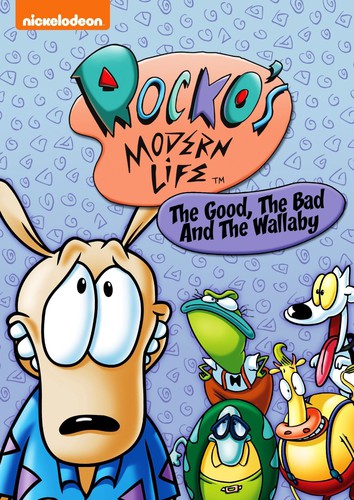 What’s a wallaby to do when he’s surrounded by annoying neighbors, freeloading pals, heaps of laundry and the weight of life in general? Why, turn to his loyal canine, Spunky, dim-witted best pal, Heffer, and neurotic nay-sayer, Filburt, to help him confront the trials and tribulations of modern life!


Created by Joe Murray (Camp Lazlo, Frog In A Suit) and starring Carlos Alazraqui (CatDog, RENO 911), Tom Kenny (SpongeBob SquarePants), Mr. Lawrence (SpongeBob SquarePants) and Charlie Adler (Aaahh!!! Real Monsters), Rocko’s Modern Life originally aired in 1993 on Nickelodeon and has since become a cult favorite all around the world. One of the few brilliant cartoons to break through the genre and emerge as a truly original television experience, Rocko inspires the artist in us all!