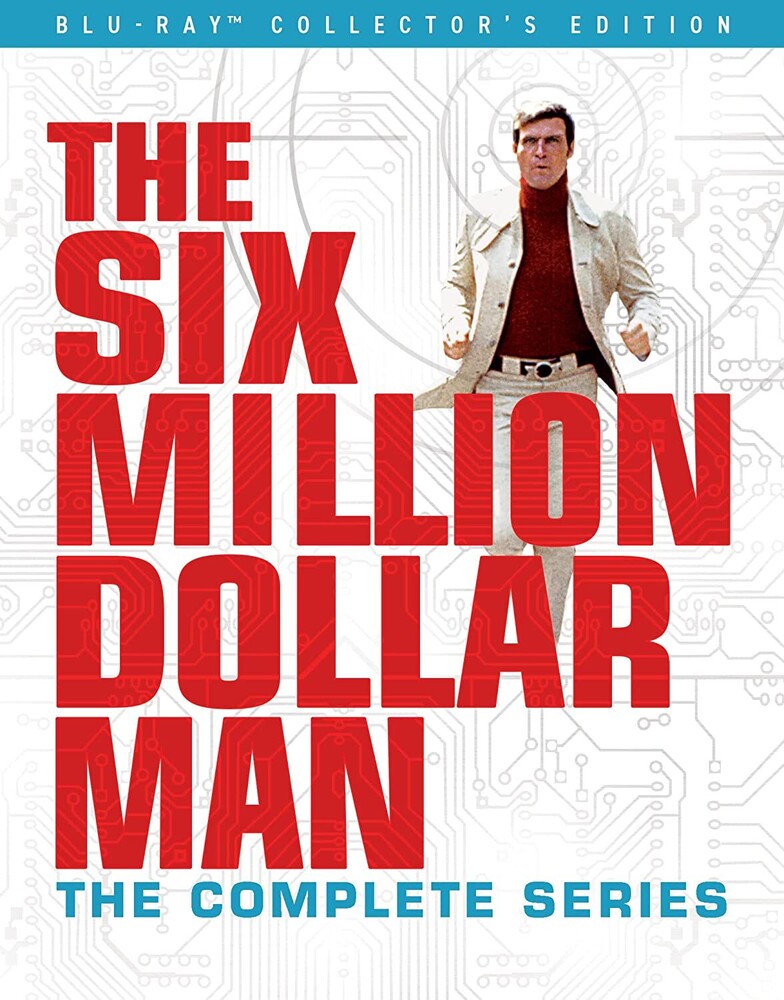 "We can rebuild him. We have the technology." Based on the novel "Cyborg" by Martin Caidin, this 1974-78 action/adventure series starred Lee Majors as Col. Steve Austin, an astronaut left near death after a crash. Cybernetic implants make him faster, stronger, and enhance his sight, but Steve must work as a government agent in order to repay the $6 million it cost to put him back together. Richard Anderson co-starred as Austin's boss, Oscar Goldman.99 episodes, 3 pilot TV-movies, and 3 reunion TV-movies on 33 discs. 92 1/4 hrs. Standard; Soundtrack: English; audio commentary on selected episodes; featurettes; bonus "The Bionic Woman" crossover episodes.