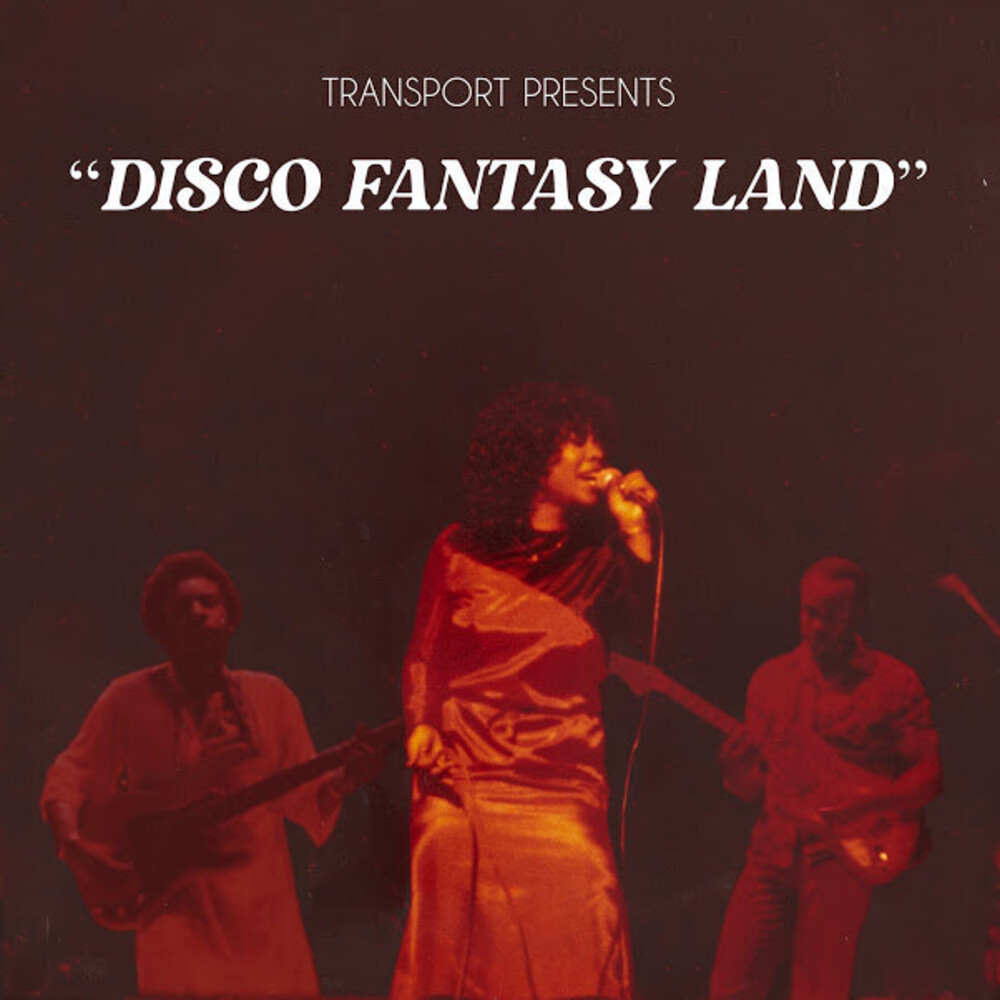 It's a place where people go, again and again. The name of the place is Disco Fantasy Land.'These lyrics introduce the title track of this previously unreleased Transport album from 1978. Featuring members of The Gangsters, Ural Thomas' 1960s band, and Nu Shooz, this group has been under the radar since it's inception, only recently rediscovered by Albina Music Trust.Though much is unknown, it has been said that this short-lived band was a going concern among heavyweights in the yesteryear of Portland night life. With homemade fog machines and custom electrical light detail, Transport's take on disco-funk calls to mind the clavinet sound of Stevie Wonder's peak period, the glistening groove of A Taste of Honey, and the mystic pastiche that is Dee D. Jackson's cult release, Cosmic Curves.For the first time on record, listeners can finally hear the sounds of this singular Pacific Northwest outfit. Tragically, in their heyday Transport rarely found themselves performing in the city's upscale downtown venues. As was common with Multnomah County's predominantly Black acts, Transport's star shimmered then faded quickly as thinly veiled, racist OLCC regulations circumvented the group's efforts to excel as working musicians in downtown night clubs. In effect, the band's music was redlined to within Portland's only predominantly Black neighborhood, Albina.This session captures Transport at it's peak. Helmed by engineer Bob Stoutenburg of Recording Associates, the original session has been exhaustively restored from tape and mastered by Gus Elg. Archival performance photography as well as a reimagined vintage poster is included in the package.The LP features cuts like "Move Your Body To The Music," an ecstatic, sizzling slap anchored by Narvy James' deep pocket and bass-in-your-face courtesy of Randy Monroe's right thumb. 'Stay With Me' features the band's manager, Larry Lovely, on lead vocals with heavenly gospel harmonies a la Rosalind Johnson and Regina Irving. And the album's title track unfolds like '2001: A Space Odyssey,' with interlocking clavinet and synth washes devised by Albina's ubiquitous keyboard team, the Sanders brothers. Lastly, it is the band's reckoning with cult disco classic "Always There" that takes this record to the limit.Unfortunately, this incarnation of Transport was short-lived and the group split up not long after the recording. While their presence was felt among locals, this small chapter in the group's biography is now readily available for listeners worldwide. The name of the place is Disco Fantasy Land.