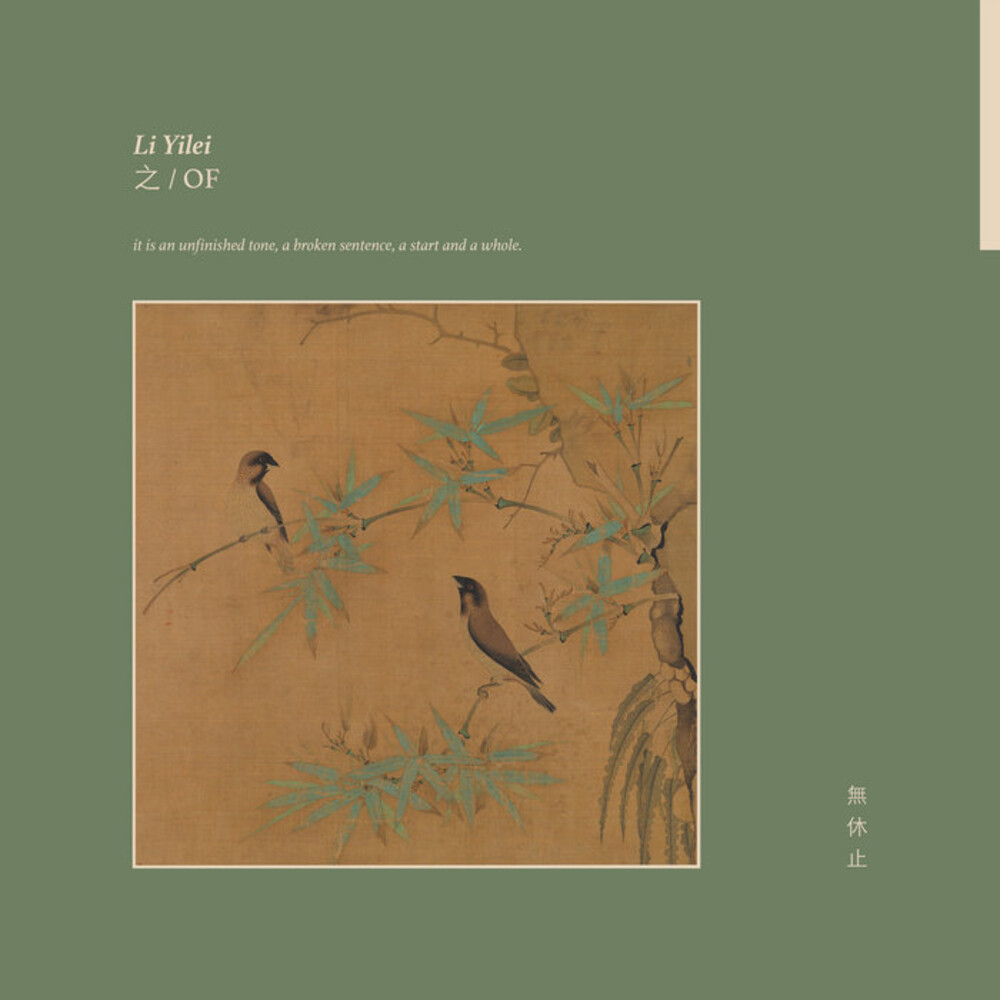 OF is a word that can be used as a preposition to express the relationship between a part and a whole. It is an unfinished tone, a broken sentence, a start and a whole. It is sustainable, full of potentials and longings.' London based performance and sound artist LI Yilei shared an experience familiar to many migrants during the past year of COVID-19 chaos. With their UK visa set to expire, and family back in China, LI made a last-minute dash to return to their nation of birth. Able to board one of the last few flights to China during the initial turmoil of the coronavirus outbreak, LI made it back to Shanghai for a two-week stint in a quarantine hotel. Though LI had already begun creating OF, the reality of the pandemic began to seep into the recordings. Each of the 12 tracks is a study in horology, using metaphorical sound transcriptions and atmospheric extractions to focus on the temporal relationship between experience and surroundings. Li's awareness of their own understanding of time became increasingly heightened during quarantine and the emotional involvement found within these new realities informed many of the sounds created. 'I tried to portray each song as a short, scattered poem - a moment that I captured to represent each hour.' Composed using analogue synthesisers, vocal samples, field recordings and string instruments such as the violin and guqin, LI indulges in moments of grief, panic, healing, cessation, melancholy, vastness, hope, joy and emptiness as they explore the acoustic relations between humans and the many forces of nature. The art of the Song Dynasty, with it's ancient traditions of poetry and timekeeping, were also great sources of inspiration for the album - whilst paintings from the period, specifically those of flowers and birds, are common themes throughout the tracks. Indeed, it is within the vastness of time that the album artwork comes to relevance. The eighth emperor of the Song Dynasty, Huizong, was a revered artist and a scene from his work 'Finches and Bamboo' adorns the album cover.