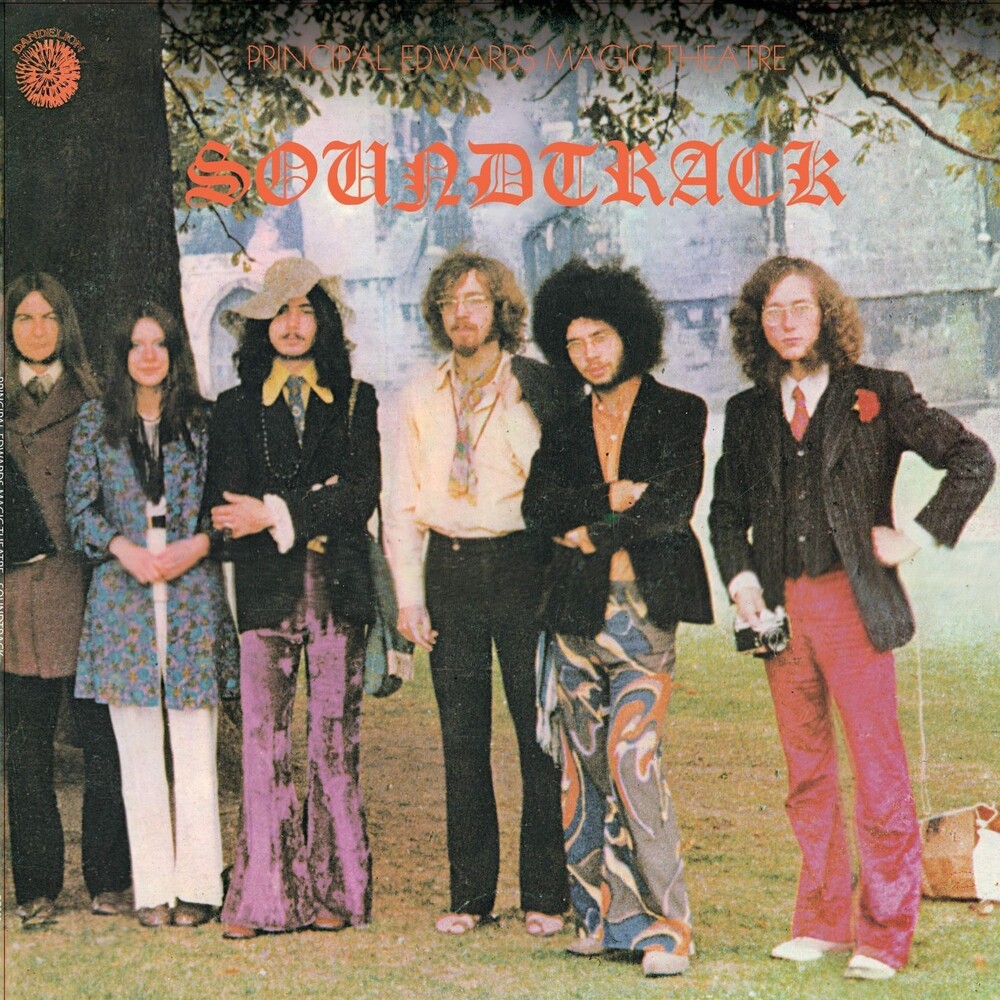 PRINCIPAL EDWARDS MAGIC THEATRE were an artistic cooperative formed by a group of student musicians and artists at Exeter University in 1968. The group's original plan to establish a magazine for artistic expression was abandoned in favor of a touring troupe usually numbering fourteen artists and featuring music, light shows, dancing and poetry. The group was quickly adopted by DJ John Peel, who appeared with the band along with Alexis Korner, T. Rex, Free, Fairport Convention, Pete Brown and King Ida's Watch Chain at something known as 'Dance of Words' at the Guildhall in Portsmouth in the spring of 1968. While most of the band's member left Exeter that fall, the troupe remained intact and resettled in a communal local farmhouse to pursue their music, sponsored by John Peel who contributed to the cost of a traveling van and some instruments. The band recorded their debut 'Soundtrack' at Trident Studios in 1969 (co-produced by Peel) and released it under his Dandelion label with CBS distribution. The group managed only one additional studio release ('The Asmoto Running Band' in 1971, produced by Nick Mason) before disbanding. In the meantime they managed to amass an impressive series of live appearances opening for such luminary acts as Pink Floyd and John & Yoko Ono.