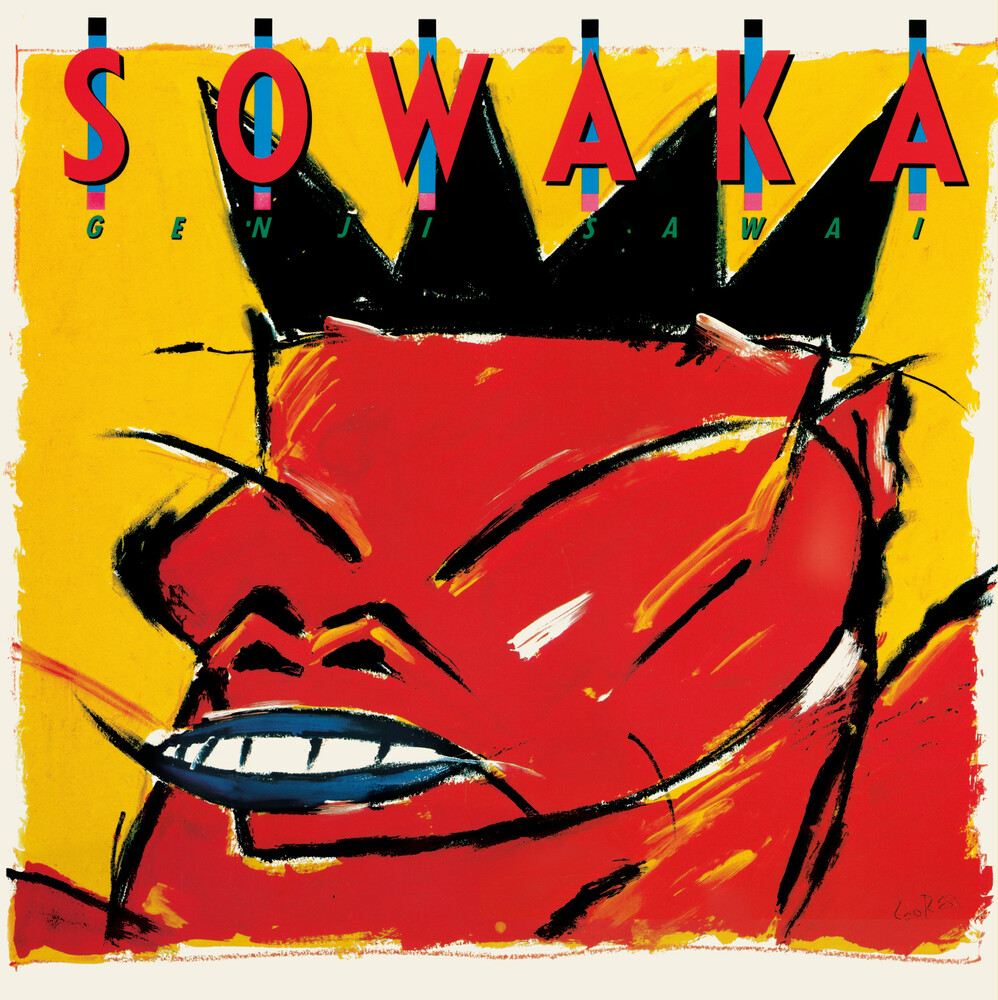 Genji Sawai's classic LP "Sowaka", featuring Midori Takada and Bill Laswell, reissued for the very first time. Sowaka, recorded in 1984, displayed an innovative sound that went beyond genre - mixing dub, world, jazz, electro, hip-hop and avant-garde. A perfect match of some of the most experimental artists of that time resulting in an extremely sought after and singular piece of music of the golden Japanese era. A talented crossover. In 1984, working with Bill Laswell, Michael Beinhorn and Midori Takada would be unlike working with anyone else Genji Sawai had before, pulling him out of the J-jazz experimental scene he was based on. Rather than work off written music, they'd build songs like cooks. Genji might supply the ingredients, perhaps the tonal choices - sax, FM synths, drum machines, and Bill would task himself to do the "cooking", creating the overall image of the song. It's the use of imagery to have a conversation with each other, musically, that just felt so different to Genji. Unlike the other musicians who contributed to Sowaka, musicians of impressive, rarefied technique like Midori Takada, Shuichi "Ponta" Murakami, and Kazuhiko Shibayama, notation or sheet music wasn't a part of Genji's vocabulary with Bill. With him, drawings were how songs were built from the ether. Whatever image a demo conjured up - that's where the song had to go. You hear it on songs like "Hikobae" that predicted the chopped and screwed sound that would revolutionize hip-hop years later. On this track what started with a mental picture, of some kind of tree shoot, metastasizes a vision full of no-wave sax skronk dosed with pointillistic dub affectations. Although, Sowaka wasn't tied inherently to it's original meaning - the final utterance from the Buddhist Heart Sutra - it's philosophical meaning wasn't too divorced from the true meaning (or at least, his truest meaning) Genji placed on it here: getting things done. Simply put, all his high-minded ideas wouldn't have come to fruition unless all involved put some serious work into getting the project over the finish line. In five cracking days the album was put on tape and was then jettisoned off to NYC for Bill to put it's final touches.