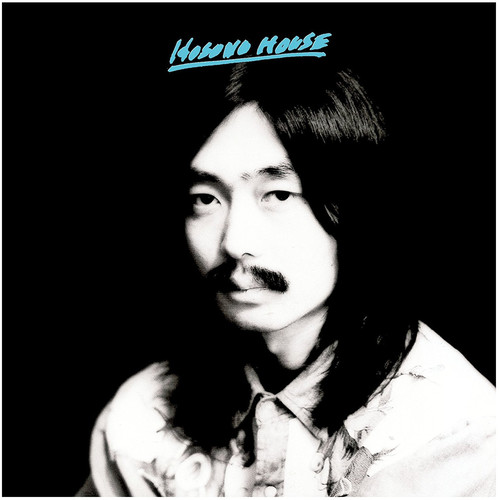 Vinyl LP pressing. Digitally remastered edition. The unbelievably prolific Haruomi Hosono is one of the major architects of modern Japanese pop music. With his encyclopedic knowledge of music and boundless curiosity for new sounds, Hosono is the auteur of his own idiosyncratic musical world, putting his unmistakable stamp on hundreds of recordings as an artist, session player, songwriter and producer. Hosono's solo career would take many twists and turns from this point forward, with forays into exotica, electronic, ambient, and techno, culminating in the massive success of techno pop group Yellow Magic Orchestra (YMO). After his band Happy End's amicable break up in 1973, Hosono released Hosono House, an intimate slice of Japanese Americana recorded at home with a back-to-basics approach akin to Music from Big Pink or McCartney. While his former band helped pave the way for the rise of "city pop" that reflected upon urban themes and city life, Hosono took a 180 degree turn towards the countryside for his highly-regarded first solo album. Located an hour from Tokyo in Sayama, Saitama Prefecture, the actual Hosono House was one of several American-style houses originally built for the families of troops stationed at the nearby Johnson Air Base, active during the post-war occupation years. By the early '70s this small community had become a hub for creative types looking for a break from Tokyo's hustle and bustle - and cheaper rent. For Hosono, this was as close as he could get to living in America without leaving his home country.