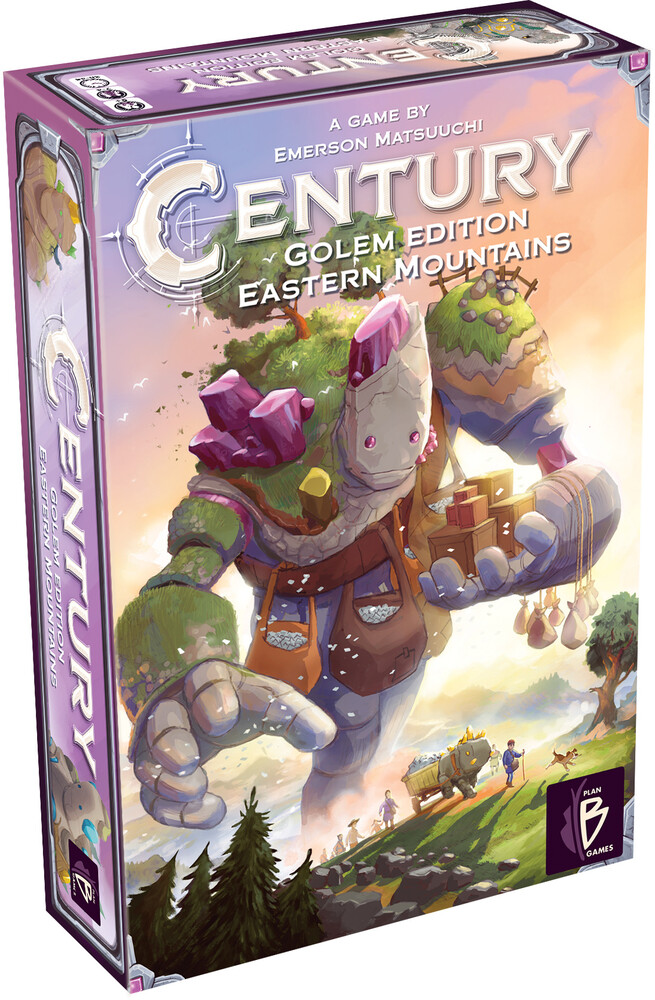 Return to Carvania in the follow-up to Century: Golem Edition.

In Century: Golem Edition - Eastern Mountains, players resume their roles as crystal traders and are now out exploring the Carvania mountain ranges and associated valleys seeking to establish a trade network.

A fantastical and whimsical retheming of the hit game Century: Eastern Mountains.

The second in the Century: Golem series of games. All of which can be combined into one larger game.

An exciting pick-up and deliver game setting a magical world.